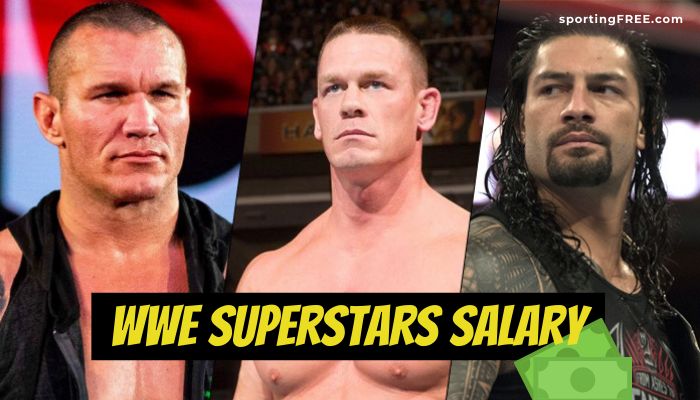 WWE Superstars Salary 2022: How Much Do WWE Wrestlers Earn?

WWE Superstars 2022 salary revealed. Check how much do WWE Wrestlers make a year and who is the highest-paid star.

The COVID-19 pandemic has taken a major toll on everyone around the world. The Sporting and Entertainment industries are no exception and are one of the heavily affected businesses. Vince McMahon had to make tough choices like hosting the biggest event Wrestlemania 36 without fans in 2022, letting go of some big names like Kurt Angle, Heath Slater, Gallows, Rusev, Zack Ryder among many others. Recently, the company revealed the WWE superstars salary list for the 2022.

Apart from dealing with the rumours of WWE being fake for a long time, now the existing stars too had to keep working without any salary hike to keep the WWE afloat as the revenue through live fans had been hindered due to Covid-19 pandemic. More about this you can find out on Deasilex.com.

The WWE stars are paid quite well for their effort to entertain the fans in the ring. The wrestler also earn bonuses for PPV event appearances as well as merchandises along with a year contract with the company.

Who is highest paid wrestler in WWE?

The part-time wrestler, Brock Lesnar is the highest-paid WWE Superstars as of 2022 with yearly earnings of $12million. He headlines 1 to 3 PPVs in a year and earns $500,000 for every PPV appearance. He also features in the weekly show to promote the main event and doesn’t wrestle much in RAW and Smackdown.

How much does WWE pay to John Cena?

John Cena is arguably the best WWE wrestler and the showrunner of the company. He has won the most championship victories with 16 titles tying with Ric Flair and might overtake the feat given he still features in the ring occasionally. The most popular face of the WWE, John Cena make $8.5 Million a year with WWE.

Who is the lowest paid wrestler?

WWE wrestler, Liv Morgan currently appears on the SmackDown brand. She signed a contract with WWE’s brand NXT and later promoted to SmackDown. Liv Morgan is the lowest-paid wrestler holding the WWE contract, She earns $80,000 a year part from PPV appearances bonuses.

How much do WWE female wrestlers get paid?

The other WWE female wrestlers who have WWE contracts such as Charlotte Flair, Nikki Bella and Alexa Bliss are paid around $550,000.

How much do WWE wrestlers make a year?

Roman Reigns has become the new face of the WWE lately. The three-time WWE Champion is important for Vince moving forward as many legends have hung their boots recently. Roman Reigns is the highest-paid full-timer WWE superstar with a salary of $5 Million.

Regarded as one of the most favourite heels in the industry, Randy Orton is one the biggest legends in WWE. He made his debut in March 2000 and has a long career ahead of him as he is just 40. He earns $4.5million a year.

The current one-half of the Raw tag-team championship, AJ Styles has headlined many PPVs is get paid $3.6million a year. He has performed for TNA and NJPW till 2016 before joining the WWE roster.

Part of the legendary Shield, Seth Rollins make $3million a year with the WWE and has branched out to be an individual success for some time now. He got engaged to WWE Diva Becky Lynch in 2019.

The greatest WWE Wrestlers of all time, The Undertaker still has the WWE contract worth $2.5million a year. He has served the company for nearly 30 years and has been part of some of the best storylines in Raw and Smackdown. He is a part-time wrestler and features now only in main events.

The 40-year-old also known as the deadman has been with the WWE for more than 15 years and also has featured in some of the Hollywood projects as well.

The Canadian wrestler, Kevin Owens earn $2million yearly and has been a part of many wrestling circuits around the globe before joining the NXT in 2014. He won that edition of the NXT and is now an integral part of the Smackdown roster.

Disclaimer: All the facts and figures about WWE Superstars salary are based on the analysis, research and reports released by trusted sources.