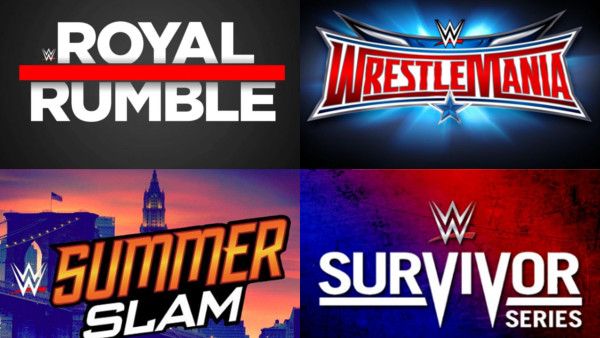 Here’s a complete list of WWE pay-per-view events along with the WWE PPV Schedule 2022 dates and locations of all special upcoming events.

Every year total 24 Pay-Per-View events takes place as per the recent WWE calendar which has released the WWE PPV schedule 2022 and Upcoming WWE Pay-Per-View events List. WWE now holds two PPV each month while big WWE PPV like Royal Rumble, Wrestlemania, Summerslam & Survivor Series features superstars from both RAW and SmackDown brands also called as a dual-brand. There are some interesting PPV events listed in the WWE pay per view schedule 2022 list.

The first big PPV event of the year will be Royal Rumble where both RAW and SmackDown superstars will appear and will also shape the storyline for WrestleMania 36. So, let’s take a look at the WWE PPV 2022 schedule list.

Check out a complete list of WWE 2022 pay-per-views schedule and special events dates.

Royal Rumble is the major PPV in the WWE history and from this PPV, the road to Wrestlemaniabegins for all the WWE superstars. On this PPV each wrestler gets his chance to be in “Main Event” of the Wrestlemania. Winner of the Royal Rumble match gets a title shot against WWE Universal Champion or WWE World Champion.

Elimination Chamber is back as a SmackDown branded event for WWE fans. The Elimination Chamber match consists of six wrestlers and the bout began with two while the other four are held within each inner chamber. After every five minutes, one of the four participants is released.

WrestleMania is the grandest stage of all it’s a “Showcase” of the WWE. According to the Jim Ross stated that Wrestlemania 33 will give an idea about the success or failure of the brand split. This Wrestlemania expected to the last match of the Undertaker’s career. There are rumors that Undertaker is going to fight with John Cena.

In this PPV all the matches used to be rematches of the Wrestlemania. However, previously this PPV was RAW exclusive whereas it can be changed to SmackDown because of the brand split.

SummerSlam is one of the big PPV in the WWE and it will be dual-branded pay-per-view. However, WWE failed to give the best show but we can expect something more next year.

Although, This is going to be interesting to watch RAW vs SmackDown roster feud at Survivor Series tag team elimination match. However, It will be exciting PPV and all the fans will be eagerly waiting for this PPV.