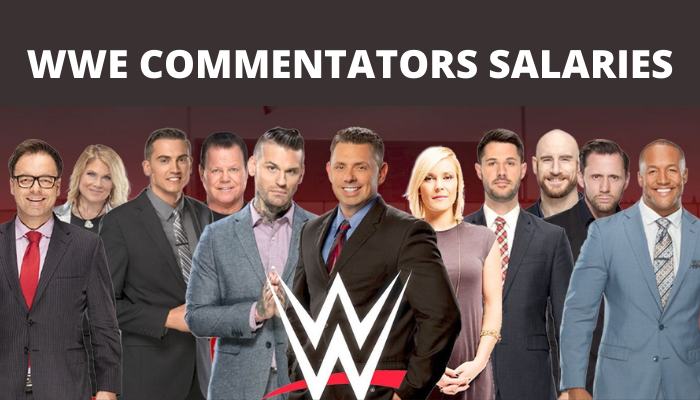 WWE is the biggest wrestling entertainment federation in the World. To make an industry this big, every department needs to be at its best. Be it the one’s behind the stage, the one’s wrestling in the ring, or be it the commentators. Yes, the commentators are one of the most important and unappreciated departments in WWE. Although, WWE commentators salaries increased in recent few years.

They are the connecting element between the audience and the wrestlers. But they fail to take the spotlight as they are the voices behind the spotlight. Here’s the list of WWE current commentators behind the table lending their voices with their salaries.

WWE has 3 Raw brands SmackDown, and NXT, and each brand has its own list of Commentators. Raw and Smackdown are the 2 brands that have had legendary commentators who are still remembered among the fans. Legends such as Jerry Lawler, Jim Ross, and Michael Cole have raised the standards of Commentary to another level that is difficult to match.

Talking about the match, do you remember when Jim Ross fought Michael Cole in Wrestlemania 27, that was an evolution for all the commentators and dreaming of being one. Adding to the streak of positive news, WWE pays impressive salaries to their commentators, but do you know who the highest-paid commentator in WWE is?

Michael Cole is the highest-earning WWE commentator in the WWE. He earns an impressive 650,000 dollars per annum, and his net worth is close to $4 million. Michael Cole has been a part of WWE since SmckDown’s inception in 1999. Along with being WWE’s highest-paid commentator, he is also SmackDown’s highest-paid.

Commentators such as Samoa Joe are part-timers as they join the panel of commentators for a brief period of time. The possible reason for wrestlers to commentator could be during their injury healing time or to act as a filler for a short time.