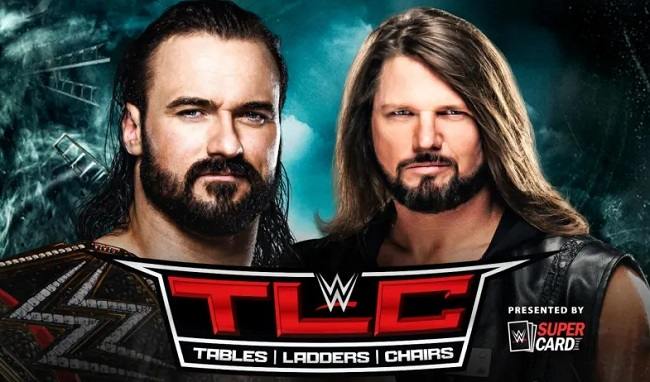 Tables, Ladders, and Chairs, despite being one of the most used props in a WWE match is also one of the most speculated special events. Yes, we are talking about the TLC event that is going to happen on 20th December 2022. The superstars from both Monday Night Raw and Friday Night SmackDown are featuring in WWE TLC 2022 this weekend. Here’s WWE TLC 2022 match card, date, time in India and how to watch TLC live stream details.

The TLC 2022 will take place on 20th December 2022 with the pre-show kick-off taking place at 6 pm ET and the main event commencing at 7 pm ET. The pay-per-view will be held behind closed doors at the Tropicana Field in St Petersburg, Florida.

The fans might be missing out on seating action but they will be able to experience the WWE ThunderDome. Those wondering what a ThunderDome is, it refers to the name of WWE’s virtual videoconferencing crowd experience for their broadcasts of shows and pay-per-views.

It was launched in August as a way for fans to experience wrestling virtually. The experience works with users signing up days before an event, signing in, and joining at their allocated call time to watch the event in realtime. It is free of charge to spectate an event.

The fans are able to see the pyros, entry of wrestlers, fake chants, and in short, the ThunderDome works as if the viewer is sitting in the arena. Earlier it was placed in Amway Center Orlando, Florida, but then moved to Tropicana Field in December. Hence, TLC will be the first PPV to see ThunderDome in Florida.

How to Watch TLC 2022 Live Stream In India

The show will stream live on WWE Network beginning at 7 PM ET following a one-hour kickoff show at 6 PM ET. You can watch TLC 2022 on TV on Monday 21st December 2022 at 5:30 AM IST live and exclusive on Sony TEN 1 and Sony TEN 3 Channels in India.

For those who want to watch TLC 2022 live stream online they can switch to SonyLIV using premium subscription.