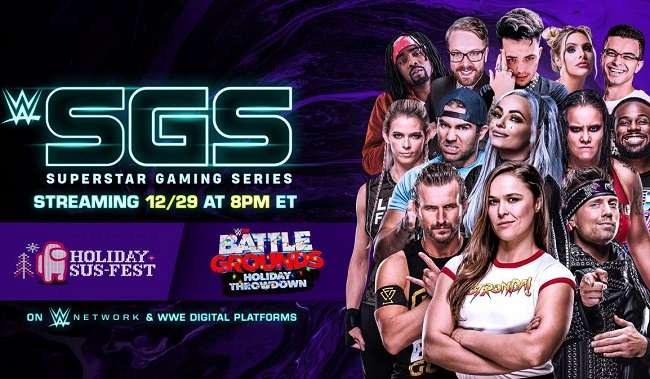 WWE has a lot of wrestling competitors, but what makes WWE stand above the rest is their zeal to bring something new and extra for the brand. This time WWE is coming up with Superstar gaming series.

What Is WWE Superstar Gaming Series

The host for the show will be Greg Miller of “Kinda Funny Games” alongside Xavier Woods who has been very successful in his stint with ‘UpUpDownDown’.

The WWE wrestlers will be lining up against the celebrities for 2 games in the first episode as the games are Among Us “Holiday Sus-Fest” and a WWE 2K Battlegrounds “Holiday Throwdown.”

How to Watch SGS Live Stream

The timing for the WWE superstar Gaming Series on 29th December is as follows.

However, this rule was met with much criticism and controversy from within the company and even led to a firing. Former WWE superstar Zelina Vega was fired from her contract as she was extremely vocal about her twitch account.