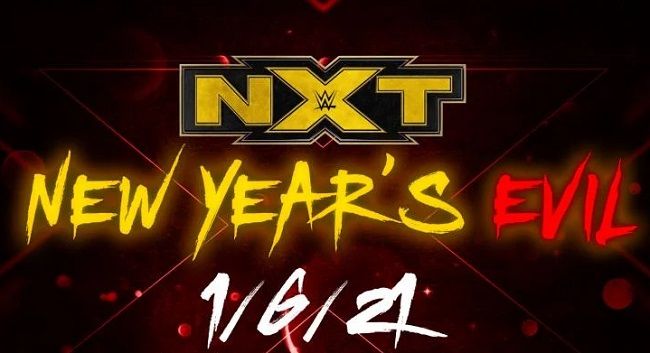 Last week at the WWE NXT special TakeOver: WarGames, WWE announced their next special NXT Special will be on January 6th, 2022, titled ‘New Year’s Evil’. Triple H has adapted this NXT Special from one of rival company WCW’s old PPVs. Here is everything you need to know about the first NXT event of the year such as NXT New Year’s Evil 2022 match card, location, date, time and how to watch live stream.

The show will be hosted by Dexter Lumis, a character who hasn’t spoken in WWE, so it should be fascinating. Similar to Shotzi Blackheart, who acted as the Halloween Havoc host back in October.

Even the unveiling of his role for next year’s first show was done via cartoon. While this will be yet another episode of the USA Network’s weekly programme, it will be advertised and viewed as a special event.

The entire match card has not been announced yet by the WWE, but the matches which are certain to be featured are below.

The title match was confirmed officially on the most recent weekly episode of NXT having a strong number-one contender match. In that clash, O’Reilly defeated Pete Dunne to claim the challenger’s place for the reigning WWE NXT Champion Finn Balor.

The No.1 contenders match was really exciting as O’Reilly blocked the Bitter End from Pete Dunne and hit it back with a suplex. Which was followed by O’Reilly racing for the top ropes and then nailing a flying knee to crack Pete Dunne’s jaw.

The next official match on the card is no surprise, as Karrion Kross will face Damian Priest in a singles match. As on last week’s show, Karrion Kross came back from injury, threatening Priest and briefly knocking him on the floor.

Kross made his in-ring comeback on NXT TakeOver: WarGames show, comfortably beating Desmond Troy in singles. After the match, Kross spoke to the camera and warned Priest that “your ass is mine” at New Year’s Evil.

The WWE NXT New Year’s Evil 2022 to broadcast live on the USA Network at 8/7PM CST, and will take the place of a regular episode of NXT’s weekly television show.