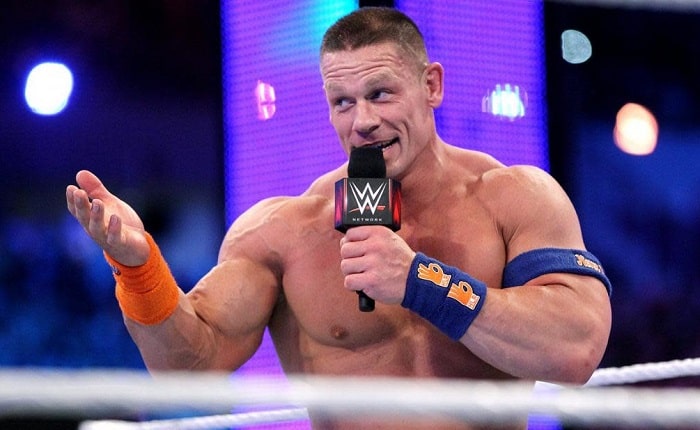 John Cena is an American professional wrestler, actor, rapper, and Television personality. The 43-year-old is one of the crowd favorites in the World Wrestling Federation (WWE). Currently, he is the highest-paid wrestler in WWE. In the year 2018, he dethroned Brock Lesnar to become the highest-paid wrestler in WWE. John Cena has lately been busy shooting for Hollywood movies. Here are details about John Cena’s career, net worth, endorsements, etc.

John Cena Net Worth and Salary 2022

As per the reports, John Cena’s net worth in the year 2022 is $60 million. John Cena has built his empire with pure hard work and dedication. Since he is the highest-paid athlete in WWE, he gets $10 million from WWE.

The American has multiple sources of income such as wrestling, movies, tv shows, etc. However, his major source of income is WWE. John Cena has worked in several Hollywood movies and endorses multiple brands. Adding to it, he also does tv shows.

In the year 2011, he donated $9 million for Make A Wish Foundation, and in 2013, he donated $4.5 million. Cena donated over $500,000 to help fight the California wildfires. He was awarded the Sports Illustrated Muhammad Ali Legacy Award for his philanthropy in 2018.

READ: Brock Lesnar Net Worth & Salary: How Much Does the WWE Star Earn?