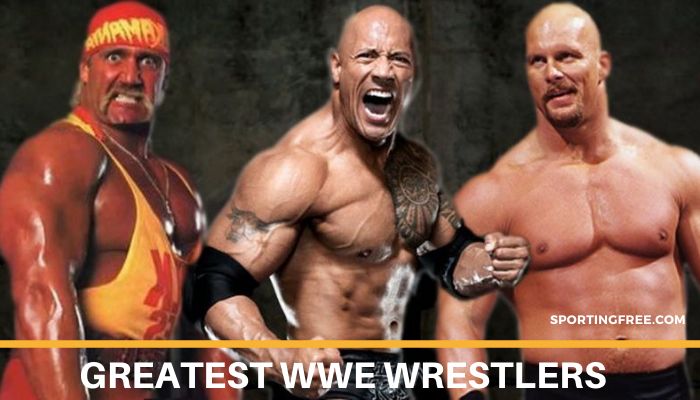 Finally, the curtain has been pulled down and Undertaker has been crowned the best and greatest WWE wrestlers of all time leaving behind many wrestling legends.

Everyone’s childhood is incomplete without WWE heroes and for over 40 years the World Wrestling Entertainment (WWE) has produced superstars who left their marks. WWE wrestlers like Rock, John Cena still create buzz among the youngsters. Stone Cold, who is a fan favourite always considered the best WWE star of all time but does he even made his place on the list of the top 10 greatest WWE wrestlers of all time? let’s find out.

Mick Foley is a WWE Hall of Famer. Presently, aged 55, he won three world championship and 11 tag team championship titles during his career. As of 2022, Foley’s net worth is estimated to be £13.7million and he currently earns around £2.1m annually from the WWE.

Kane made his WWE debut in 1997. He was introduced in the WWE with his interference in the Hell in Cell match between Undertaker and Shawn Michels. He is famous for his story of being afraid of fire. Currently, he is the Mayor of Knox County, Tennessee.

John Cena is one of the most popular wrestlers currently in WWE. Until now, he has won the world championship title 16 times, the United States championship 5 times and the tag team championship four times. Cena has an estimated net worth of £42m and is currently signed under a part-time deal with the WWE that is reportedly worth £7.6m a year.

Triple H gained fame after forming D generation X with Shawn Michels during the attitude era (the1990s). He has a pretty successful career. He is a 14-time WWE world champion, a five-time Intercontinental champion, a three-time world tag-team champion and a two-time Royal Rumble match-winner.

Hulk Hogan was the most prominent wrestler in the 1980s. He was a part of the World Championship Wrestling (WCW). He wrestled against some of the greatest of the generation. Hulk Hogan net worth is estimated to be 19 million euros.

Popularly known as the ‘Heartbreaking Kid’, Shawn Michels is one of the top entertainers in WWE. He won four world heavyweight titles and one intercontinental and one European title in his career. Shawn Michels net worth and annual salary from WWE is reported to be £12.9m and £2.3m respectively. He was one of the popular stars among fans and was included WWE Hall of Fame.

The Rock is one of the most popular faces of WWE and considered one of the greatest WWE wrestlers of all time. During his WWE days, he was known as the people’s champion. He spent eight years in WWE before moving to Hollywood. Rock was a ten-time world champion and won Royal Rumble once. In 2022, he became the highest-paid actor in Hollywood.

Just like Undertaker he also started his WWE career in the 1990s. Stone Cold was known for his beer-drinking entrance. During his WWE career, Austin won 6 world heavyweight championships, 2 Intercontinental championships and won Royal Rumble twice.

He is no doubt the Undertaker is the greatest WWE wrestler of all time. He made his WWE debut in the 1990s. The deadman is a 7-time world champion and is known for his streak in WrestleMania. In 2022, he took retirement from the game. His last match was against AJ Styles at WrestleMania 36. Undertaker reported net worth is around  £12.9m and he got a £1.9m yearly salary from WWE.

Here are some of the honourable mentions we would like to make – Andre the Giant, Bret “The Hitman” Hart, Chris Jericho, Kurt Angle and Randy Orton.