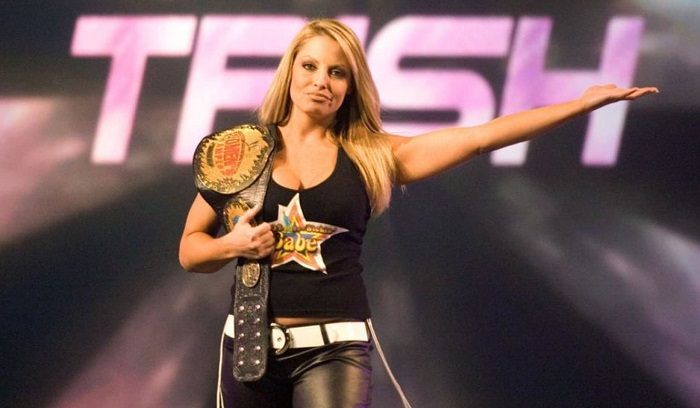 WWE celebrated and horned the greatest female superstars throughout this week on WWE Network and was hosted by Sarah Schreiber. The company revealed the list of top 50 Greatest WWE Women Superstars which was topped by popular diva Trish Stratus followed by Charlotte Flair.

Women Evolution was the new era of wrestling for the women in WWE. Over the years there were several women who left a mark in the company’s history. WWE made big impacts through holding the Mae Young Classic tournament, headlining the main event of WrestleMania to women’s first hell in the cell matches.

A pioneer, Mae Young walked through the ropes as a pro in the 1940s. She took an unbelievable seven-decade ring action before hanging her boots.

Mae contributed to raising the number of women in the United States who take up advocacy for soldiers fighting abroad. Mae has also helped make women’s wrestling more popular in Canada. Today, with the Mae Young Classic Tournament, WWE is commemorating its heritage.

In 2008 she was inducted into the WWE Hall of Fame. In 2010 during the time of Monday Night, Mae Young became the first individual to compete in RAW.

The Ninth Wonder of the World, which became one of the founding members of D-Generation X, was initially presented to the WWE public as a Triple H valet.

For the first time in history a woman, who was not only large but able to beat certain men, was brought to WWE tv audiences. Chyna grew in the WWE from a wrestler to a pro and shattered a large number of traditions.

She was the first woman to join the Royal Rumble with the intercontinental belt as well. It is only time before Chyna was inducted WWE Hall of Fame.

No female wrestler has ever become so cool as Lita. This rock star was one of the most famous WWE superstars of the 1990s. The full-fledged Lita approach often saw her risky life and limb win.

When we look simply at the championship, in the past ten years there hasn’t been a greater WWE wrestler than Charlotte Flair. Charlotte has held the women’s championship belt more than anyone else.

One of the most accomplished women wrestlers, Charlotte Flair owns an astonishing four RAW Women’s Championship crowns as well as being a five-time SmackDown Women’s Champion.

Flair has been involved in many a feud, one being with Sasha Banks in 2016. This gained her the award of Feud of the Year by Pro Wrestling Illustrated.

You might not have to look far before you find one who is the perfect option to spot on the list when you consider the best female superstars in wrestling history. WWE’s Becky Lynch is a superstar in this category.

As the first SmackDown women champion, Becky made history with Charlotte Flair and Ronda Rousey and went through both Raw and SmackDown crowns and Healdling the main event.

As she is well-known as “The Man”, Becky is the only woman to overcome the barrier of the company’s face as well as the leading marketer, generally a designated place for men like John Cena and The Rock.

Over the past two years, “The Boss” has been one of the most important figures in the WWE “women’s revolution.” Charlotte Flair, the banks, and the arch-rival have made the women’s division even higher, trading the RAW Women’s Championship in a number of outstanding battles.

In 2016 they battle each other in the inaugural Women’s Hell in a Cell Match at the Hell in a Cell show. Both became the first women to lead the WWE pay-per-view. She is also part of WWE’s four-horse women.

With her passion, wrestling skills, and drive, Bayley, and the other horsewomen in NXT transformed the women’s division. She has been a WWE fan for as long as she can remember, signing with NXT/WWE in 2012 and making her debut in 2015.

Her dramatic fight with best friend and tag team partner Sasha Banks gained her critical acclaim, but this was just the start for the California native.

Bayley turned villainous last year and owned the SmackDown women’s championship for 328 days. Bayley is also a Grand Slam champion, having won the NXT, RAW, SmackDown, and Tag Team titles. She also won the 2019 Money in the Bank competition.

Mickie has been a skilled and relevant superstar for WWE since her debut on the WWE in 2005. She is one of the most decorated stars in the world and is not yet finished. It has not been possible to overestimate Mickie’s value to the WWE and the Ladies’ pro wrestling in general.

After an outstanding appearance with Asuka, Mickie was returned to WWE in 2016 and promptly signed back to the SmackDown roster. There she was made a tag partner of Alexa Bliss and she was to assist the younger talent with advice and expertise.

She was a major part of the inaugural Women’s Elimination Chamber game. And is still in a state of inexhaustible energy on Monday Night in the RAW, demonstrating that she is hungry for another championship race.

When she entered the main rosters in 2014, the self-proclaimed anti-diva Paige popped emerged. She was distinct from the ladies in the roster, proud of her intense wrestling abilities and not stunning appearance.

Paige, of the Knight Wrestler family in the United Kingdom, produced a biopic in 2019 called My Family Combating. Paige was the first to win the 2013 NXT Women’s Championships tournament.

At the beginning of her RAW debut match following Wrestlemania 30 she also won the Divas Championship for the first time. Due to a neck injury, Paige retired from WRESTLING but is now a manager, host, and reporter for social media.

Fabulous Moolah is one of the few names that spring to mind when discussing the finest ladies in wrestling history. Without a question, the iconic superstar established the bar for female wrestlers.

She was without a doubt the finest female wrestler for several decades. Moolah also holds the record for the longest-reigning champion, not only in wrestling but in any sport, having held the Women’s Championship for over 30 years.

She was also the first female wrestler to be inducted into the WWE Hall of Fame.