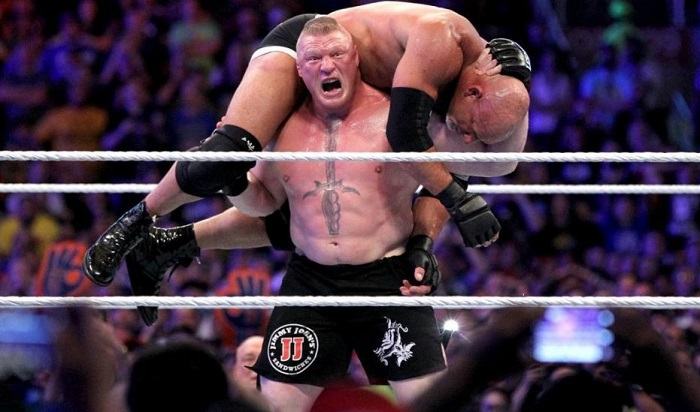 WWE is holding its shows behind closed doors for over 12 months now in the Yuengling Center in Tampa, Florida. However, finally, WWE has announced its return to live events from July, and now Paul Heyman is teasing the return of Brock Lesnar for the company’s first event back on the road.

Brock Lesnar hasn’t been seen in WWE since losing the heavyweight belt to Drew McIntyre at WrestleMania 36. So far, WWE has revealed six venues for their 25-city live events.  SmackDown will return on the road for the first time on 16 July 2023 from Toyota Center in Houston, Texas.

Paul Heyman just spoke at SportsTalk 790 and spoke of a lot of subjects. He was also asked during the interview about the possible reappearance of the Beast.

Heyman answered the question first of all by saying Lesnar does what he wants to do. Later he teased the return of the former Universal Champion for the next edition of Houston SmackDown.

We’ve become used to Heyman speaking in riddles about just about everything these days, but he doesn’t seem surprised to see Lesnar return soon.

Brock Lesnar isn’t the only big name being considered for a possible visit; rumours claim that John Cena may also make his WWE return at the night.

We’ll just have to wait and see, as WWE is undoubtedly stacking the deck for a fantastic summer of professional wrestling action.