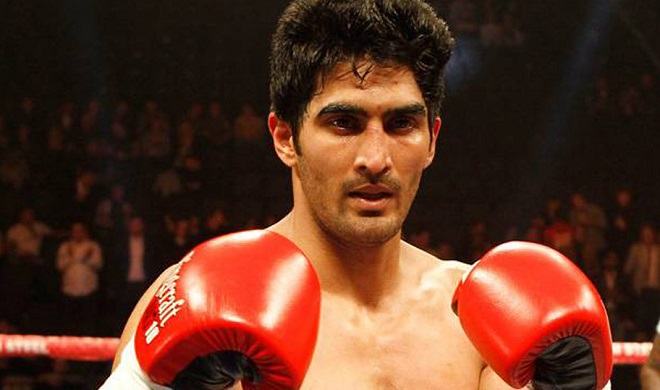 India’s most popular and successful boxer Vijendra Singh is from Haryana. Vijendra rose to stardom when he became the first Indian boxer to win a Bronze medal at the 2008 Beijing Olympics. The major source of Vijender Singh’s net worth is boxing and endorsements.

In June 2015, before the 2016 Rio Olympics, the 34-year-old officially quitted amateur boxing and picked up professional middleweight boxing, so it can no longer represent India in any further International competitions. But have you ever thought about what would be the Vijendra Singh net worth? If yes, then here is the answer.

He currently has an Unbeaten streak of 12 wins in 12 matches. Joining Professional level boxing for sure helped increase his salary and net worth.  He was also named in Forbes Celebrity 100 in 2018, ranked 78th richest in the list.

The professional Indian boxer Vijender Singh’s Net worth is around $4 million (29 crores approx).

Singh’s biggest endorsement deal was when he joined Pro Boxing with Queensberry Promotions via IOS Sports and Entertainment.

He has a handsome and stylish personality attracting many brand endorsements and advertisements with brands like Bajaj Allianz and Percept; he receives five crores and four crores respectively from both contracts.

He has also made several television appearances on shows like Salman Khan’s game show ’10 Ka Dum’, ‘Nach Baliye’, and a gang leader in MTV’s ‘Roadies’ etc. Along With that, he has also starred in a Bollywood movie, “Fugly”, produced by Akshay Kumar’s production house (Grazing Goat Productions).