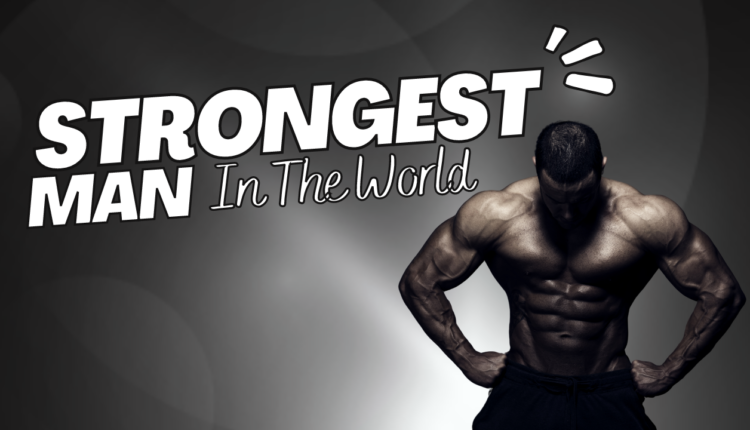 History has proved several times that men have become fascinated with brute strength. From the times when legends such as Hercules took form, to the classic Olympic games where wrestling games were played to decide who was the strongest man in the world.

We’ve always tried to classify someone as the strongest man. As the years progressed, techniques for deciding the strongest individual became more complex, from the primary Highland Games to the Olympic Weightlifting. Public interest in Olympic Weightlifting is so high in fact that just about every single online gambling site, such as the ones found on UnitedGamblers.com, now offer a multitude of ways to bet on the different competitions.

Nowadays they are categorized as strongman athletes, weightlifters, and powerlifters. Here is a list of the top 10 strongest men in the world over the years

The 10 Strongest Man In The World Ever

Brian Shaw is ranked 2nd on the list and hails from colorado United states. Shaw’s got plenty in common with the famous Bill Kazmaier. Both men finished the world’s strongest man five times in the top three.

Bill Kazmaier aka Kaz hailed from Wisconsin, United States, and was The very first person to lift all five McGlashen stones (approximately 250-300 lb. apiece). Many people believe Bill Kazmaier to be one of the toughest men in history, and with good cause.

After winning the World’s Strongest Man in 1980, 1981, and 1982, he was so good that at one point the organizers prohibited him to compete in the competition.

As he was seen as practically unbeatable, Not just that, but he’s got the world record for a gross raw lift of 2,425 lbs, which has been set to this day. Kaz is undoubtedly one of the most prestigious athletes of all time.

Henry hails from Texas, United States, and has the worldwide reputation of being the first man ever to win both U.S. weightlifting and powerlifting super heavyweight championship championships at the same time.

Despite his impressive feats, Henry has reserves of an untapped potential that we have never seen since seeking a career in WWE.

Thor Bjornsson aka “The Mountain”, yes Thor is your Ser Gregor Clegane from the Game of Thrones. Apart from his onscreen frame, he is abundantly popular within the weightlifting circuit too, He’s a five-time European Strongest Man, three-time Arnold Strongman Classic Champion, one-time Strongest Man World Champion.

He hails from Reykjavik Iceland is Iceland’s Strongest Man for nearly a decade. All that and he’s just entering his prime years at 32.

Hafthor has indeed astounded a lot of milestones. Like breaking a 500kg deadlift record, a 1000-year-old record holding a 30-foot, 1,433-pound log for five moves.

Eddie Hall hailing from Newcastle Under Lyme, United Kingdom is one of the strongest men on the planet. Hall has won a lot in his lifetime, winning the 2017 World’s Strongest Man Competition. However, what makes him special is his impressive, record-setting deadlift of 2016.

Somehow he managed to hit a 500kg deadlift, proved he is a strong guy astonishing those in attendance. Since that day in 2016, plenty has attempted to equal Eddie’s mind-blowing feat of courage, but all have struggled.

Eddie Hall is also the first and last human being to lift 500kg from the floor to the upright position.

Virastyuk hails from Ukraine and is the first person to be declared the strongest man alive. Vasyl’s successes are numerous, including victories at the IFSA World Championships and second at the Arnold Strongman Athletes.

He put his power on the show many times in his career until he retired at the age of 40.

Taranenko was born in the Soviet Union at the end of 1956, is famous for setting the world record for lifting weights (226 kg) and total weights (475 kg) in 1988, an eternity in weightlifting years ago-and these records have never been broken.

Owing to the reform of the International Weightlifting Federation of the weight classes, the official records of Taranenko no longer stand, but their lifts are yet to be matched. HE had lifted six disks above his head.

Bolton has the fourth-highest squat of all time (1213.63 pounds) and his three-lift record of 2,806.34 pounds is the third highest in history. He took part in the 2002 Arnold Strongman Classic and finished sixth. He lifts are incredible; he holds the latest record of the World Power Lifting Organization for an incredible 1,213 Ib lift.

How to Grow a Sports Instagram Page : 5 Useful Tips for…

6 Reasons Why Betting On Sports is Popular

Louis Uni aka Apollon the Mighty is the oldest on this list. Thus it is very difficult to rank him as in his era there weren’t many weight lifting competitions. He is considered to be one of the first powerful athletes, Louis was certainly a powerful and strongest man in that era.

He did, however, lift more than 155kg with a double barbell, which was unheard of at the time. At the time he was playing, there was virtually no one like him, and he did a lot. The Frenchman was highly fit and flexible and nearly difficult to defeat in a wrestling match.

The History of the Strongest Man in the World 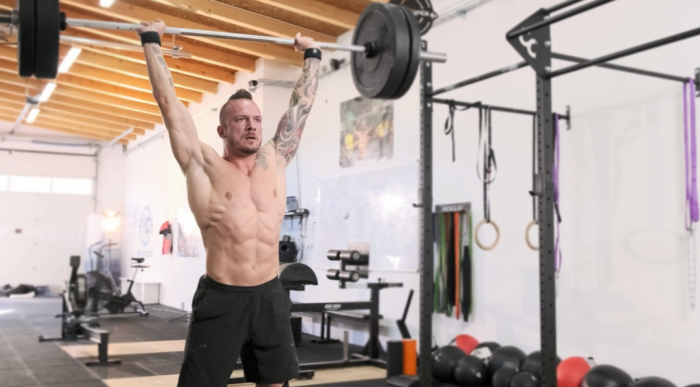 The history of the strongest man in the world is a long and complicated one. It all started back in ancient times when Hercules was considered to be the strongest man alive. He was so strong that he could lift enormous weights and carry people on his back.

In later years, other super strong men emerged. These men were able to lift even more weight than Hercules and could also run fast. One of the most famous strongmen of all time was Arnold Schwarzenegger. He was known for his amazing muscle strength and his amazing physique.

Today, the strongest man in the world is still considered to be Hercules or Arnold Schwarzenegger. But there are many other super strong men out there who are only waiting to be recognized as the world’s strongest man. Keep your eyes open for these incredible athletes, and you may just find your new favorite Strongman!

The man who is considered the strongest man in ancient history was Hercules. Hercules was known for his incredible strength and physical abilities.

He was able to lift tremendous weights and carry massive objects with ease. He was also a skilled fighter and was able to defeat many of his opponents.

The current record holder for the title of “Strongest Man In The World” is Hafthor Bjornsson. He has held the title since 2011 and has set multiple world records in his quest to become the strongest man on earth.

Hafthor Bjornsson was born in Iceland in 1987 and began weightlifting at the age of 14. He quickly became one of the best weightlifters in Iceland, and by 20 he had won a gold medal at the European Weightlifting Championships.

In 2007, he moved to America to pursue his career as a professional weightlifter, and two years later he became the winner of “America’s Got Talent”, becoming one of the most famous athletes in America.

How to be a Strong Man?

If you want to be the strongest man in the world, there are a few things you need to do. First and foremost is to have a strong mind. You have to be able to control your emotions and stay focused no matter what. Second, you need to build muscle.

This means eating right and working out regularly. Third, you need to be mentally tough. You have to be able to handle difficult situations and stay calm under pressure. Finally, you must have discipline. This means being able to stick to your goals and never give up.

If you’re looking to dominate your competition and be the strongest man in the world, then you need to start training like the pros. Here are three of the most effective strongman workouts that will help you attain this goal.

The goblet squat is one of the kingpins of strongman training. It’s a great exercise for building muscle and strength in your legs and hips, as well as your core. To perform a goblet squat, place a weight in each hand and squat down until your thighs are parallel to the ground.

Drive up through your heels to return to the starting position. Add weight as you get stronger, and make sure to focus on using your entire body to lift the weights–not just your arms.

The deadlift is another key strongman exercise, and it works everything from your shoulders to your quads. To perform a deadlift, stand with feet shoulder-width apart, grasp a barbell with an overhand grip, and pull it up towards your chest.

Keep your back straight, squeeze your glutes, and keep your chin up–this is one exercise where looking aggressive is definitely not a bad

The Strongest Man in the World Competition

The Strongest Man in the World Competition is an annual event that pits the best strongmen from around the world against each other. Held in a variety of different countries, the competition has been running since 1954. The event typically features a number of weightlifting, powerlifting, and strength events.

But, who is the Strongest Woman in the World?

The Strongest Woman in the World is undoubtedly titleholder Jessica Ennis. She has accumulated many accolades throughout her successful athletics career, most notably becoming an Olympic champion in heptathlon and a world champion in the heptathlon.

Even more impressive is that she did this whilst carrying two young children! Jessica’s feats of strength are legendary, and she continues to defy expectations by setting new standards time and again.

Why Is Vegan Powerlifter Patrik Baboumian So Strong?

Patrik Baboumian is the strongest man in the world, and he’s vegan! He’s also an incredible powerlifter, performing at world-class levels despite not using any animal products. In this article, we’ll explore why Patrik is so strong and how his vegan lifestyle has helped him achieve his impressive feats.

First and foremost, Patrik is a hard worker. He doesn’t take anything for granted, working tirelessly to improve his strength and physique. His vegan diet helps him avoid all the unhealthy chemicals and hormones found in meat products, which in turn allows him to train harder and achieve greater results.

Not to mention, a plant-based diet is packed with nutrients that help boost energy levels and support muscle growth.

Beyond his athletic prowess, Patrik is an inspiring individual who believes in helping others. He’s donated millions of dollars to charity, including work to fight child obesity and malnutrition. His message is that anything is possible if you set your mind to it – even being the strongest man in the world!

If you’re looking for someone to emulate, look no further than Hafthor Julius Bjornsson.

The Icelandic strongman is currently the strongest man in the world and has held that title for the past two years. Here’s everything you need to know about him before you try to lift weights like him.