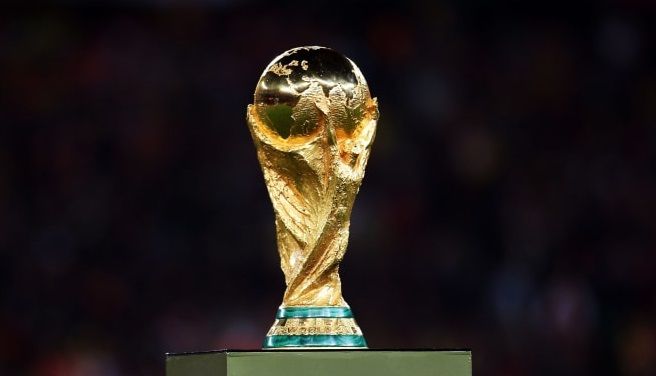 Sports have become an integral part of the whole of humanity starting from Wrestling which is believed to be started at 3000BC till Breakdancing (Yeah, it’s gonna be a new sport which will be hosted in the 2024 Paris Olympics). Some sports have achieved bigger status than some Intergovernmental Organisations as there are more members of the Fédération Internationale de Football Association (FIFA) than of the United Nations. Here is the list of the top 10 sports with the highest prize money.

The sports tournaments which hand out some mind-boggling cheque to their winners.

The Championships, Wimbledon, commonly known as The Championships, is the oldest tennis tournament that started in England in 1844. The total pool of prize money is worth around $45 Million and the winner will be awarded a Trophy and $3.9 Million. The Wimbledon was canceled in 2022 owing to COVID-19 for the first time since World War II.

World Series Poker is a Famous poker tournament held in Las Vegas, Nevada. The $62 Million is the total prize money and the winner pockets $10 Million. The World Series of Poker will return to in-person play on 30th September 30 after a year of Hybrid tournament in 2022 citing the pandemic.

The FedEx Cup is a championship trophy for the PGA Tour of Golf Tournament. It was first awarded in 2007 by Tiger Woods. Dustin Johnson won it in the 14th season in 2022.

The Super Bowl is the annual championship game of the National Football League (NFL). American football is the most-watched event in Northern America The Super Bowl LV concluded on February 2022, was won by Tampa Bay Buccaneers, who defeated Kansas City Chiefs, 31-9. It is one of the biggest sporting events in the world where a Super Bowl-winning team pockets $250,000.

The second-tier European football tournament is organized annually by the Union of European Football Associations (UEFA). Sevilla is the most successful team in this competition with six titles and won it in the 2019-20 season defeating Inter Milan 3-1. The exact value isn’t determined as they vary every season.

MLB is an American Baseball tournament founded in 1903. A total of 30 teams play in Major League Baseball: 15 teams in the National League (NL) and 15 in the American League (AL). It is one of the popular sports in the USA. The exact value isn’t determined as they vary every season and the winner takes home 36% of the total prize pool.

The tournament will be held in 12 cities in 12 countries and Portugal won it famously beating France in 2016 as Cristiano Ronaldo led his country to get his first International major honor. The winner wins a cash prize of $29 Million of the total pool of $245 Million.

Football’s biggest tournament, FIFA World Cup takes place once every four years. World Cup was hosted by Russia in 2018, France beat Croatia 4-2. The unofficial value that the winner is expected to receive is $35 Million. The Football world cup has one of the biggest prize money which makes it a more attractive tournament.

The F1 is the highest class of international auto racing which was inaugurated in 1950. In the 2022 edition, Lewis Hamilton won it with Mercedes. The total money involved amongst all the competing teams is expected to be over $800 million.

UEFA Champions League is an annual club football tournament that is competed by the best clubs of various European countries. It was won by the German champions Bayern Munich in 2022, who beat France Champions PSG in the final. The total money involved amongst all the competing teams is expected to be over $1.3 billion which is the highest prize money for any sporting events.