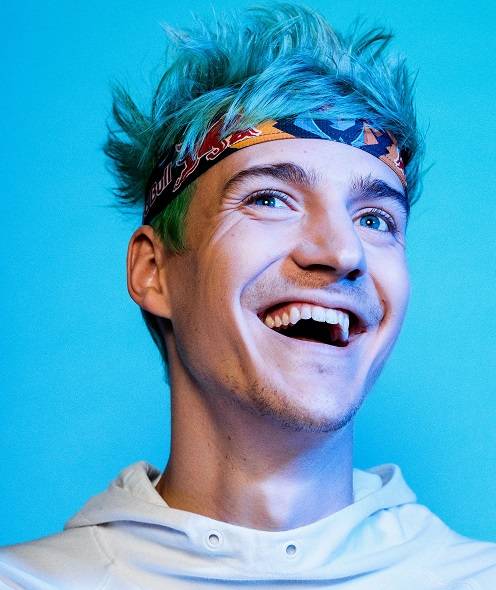 Forget teenagers and kids hunched over devices all day; people of all ages are turning into passionate gamers this pandemic. Video gaming and streaming have suddenly become the buzz of the town, with the number of new gamers turning from a steady stream into a tsunami during the lockdown, and the count is almost a billion worldwide. Today, we’re taking a look at the world’s 10 richest video gamers.

This business is driven by celebrities’ endorsements, regional language platforms, and significant sponsorship money; the online gaming industry around the globe is moving to ‘advanced levels.’

For a young budding, genuinely skilful gamer, the world is at its showcase in streaming platforms like Twitch and YouTube. Popular streamers are making millions by entertaining their fans through their gaming skills and virtual experience. Get the list of the world’s richest video players and streamers.

Johan Sundstein, aka “N0tail”, is a professional DOTA 2 player for the OG team. Like several other professional gamers of his generation, Johan “N0tail” Sundstein transitioned from Heroes of Newerth to Dota 2 in 2012, when the former game began to experience a decline in popularity.

Johan and his teammates (OG) are the two-time winners of a competition called The International; it is the largest DOTA 2 tournament and the largest gaming tournament in the world. In the process, Sunstein became the first Danish esports player to win the event.

A ridiculous run of success that started in 2014 and continues to this day has made Sundstein one of gaming’s wealthiest and most respected players. Johan is currently worth approximately $6 million.

Timothy John Betar, fans know him as Tim The Tatman. It’s a Twitch streamer of over 4 million viewers. Tim mainly plays and streams games like CS: GO, Overwatch, and Fornite.

Since Fortnite was extremely popular at the time it was launched, his channel and other Fortnite-playing channels were massively viewed. Tim also streams as a commentator for the NFL’s Thursday Night Football games on Twitch.

Timothy also signed an exclusive streaming deal with Twitch. Tim received the Gamers’ Choice Award for Fan Favorite Male Streamer/Gamer of the Year. Betar’s current net worth is around $8 million.

Seán William McLoughlin, aka Jacksepticeye, is famous for his humorous video series on YouTube. The Irish YouTuber portrayed his videos as playing and talking about video games while he was swearing, which viewers found entertaining.

McLoughlin is Ireland’s most famous YouTuber With 23.2 million subscribers, and he shares videos to a variety of video games. McLoughlin had also started a clothing company with his fellow YouTube gamer Mark Fischbach. McLoughlin’s total earnings are worth $11 million, making him one of the richest video gamers.

Evan Fong creator of the online youtube channel VanossGaming. His gaming style is several times compared to PewDiePie because of similarities. However, the VanossGaming channel focuses more on gaming content for different games. Fong created his personal animations to edit them in his video editing tutorials.

Fong’s been famous for now with 25 million subscribers and had 1.6 billion views last year, starring as a monster hunter in Paranormal Action Squad, a premium 2016 cartoon series on Youtube. Fong’s net earnings are around $11.5 million.

Daniel Middleton is extremely popular worldwide; he is a Minecraft gamer who streams on his Youtube channel DanTDM. Dan mostly makes gaming videos about Minecraft, Roblox, and Pokemon.

Middleton became one of the most famous YouTubers in his 2015 video series covering several popular videogames. Daniel’s net worth is approximately $12 million.

Every gamer in the circuit is a fan of “Shroud”; his accuracy is unprecedented, and known to be the king of battle royales. He was a pro-CS: GO player until he retired and became a full-time Twitch streamer. With already a strong reputation for his ability and target in CS: GO, Shroud received a lot of immediate attention while streaming PUBG on Twitch.

With his skills and expertise in the FPS game, he completely conquered the PUBG battlefield. Shroud left Twitch after an exclusive deal with Mixer and is currently playing Valorant on his stream.

His revenue is mostly from streaming, where the wealthiest gaming company in the world pay him to play their games. The former pro also has an extensive clothing line with gaming brand Jinx, and his earnings total to almost $12.5 million.

Mark Fischbach, aka “Markiplier”, is a Youtuber with 25 million subscribers on his Youtube channel ‘Markiplier’.

The American is loved for his gameplay videos of indie games and horror games, the Five Nights at Freddy’s series, Amnesia: The Dark Descent, Garry’s Mod, etc.

His sarcastic and over-the-top responses make his gaming videos even more entertaining and fascinating than they should be, and his overall earnings are about $14 million.

Youtuber and gamer Preston Blaine Arsement have 12 million subscribers on his Youtube channel, which is famous for his prank videos and gaming videos from Minecraft and Roblox. Needless to say, how big the Minecraft fan base is, and most of them are kids who have ample free time in their lives.

Preston’s profits come mainly from his main Youtube channel ‘Preston’; he earns a whopping $14 million through his content on the platform, making him one of the richest video gamers in the circuit.

Felix “PewDiePie”, with over 108 million subscribers on Youtube, is the No.1 Youtuber. Viewers love his content; apart from gaming, PewDiePie also does a lot of funny videos, compilations about other things such as memes, anime, the latest Internet dramas and roast videos.

Unlike Ninja, who surprisingly found overnight success, PewDiePie, the second richest video gamer, gradually built up his fan base over the years and slowly climbed to the top. Recently, the Youtuber has also revealed that in 2023 he will focus more on streaming with an exclusive deal with Youtube.

Felix remains as popular as ever, getting a staggering 4.5 billion views in 2019. His total earnings display $15 million.

Tyler Blevins, aka “Ninja”, is the current richest video gamer on the planet; Ninja is popular for his streaming of Fortnite. Tyler is streaming for a decade on games like PUBG, Call of Duty, H1Z1, and currently Fortnite for close to a decade.

He found massive success when he is started streaming and playing Fortnite on Twitch when the game came out. The streamer blew a lot of Twitch records and swiftly became known throughout the world. Now, after a deal with Mixer, Ninja left Twitch to stream to Microsoft’s streaming platform.

Although it’s difficult to fathom, thanks to these deals, Ninja made more money than PewDiePie, Tyler’s net worth is around $17 million.