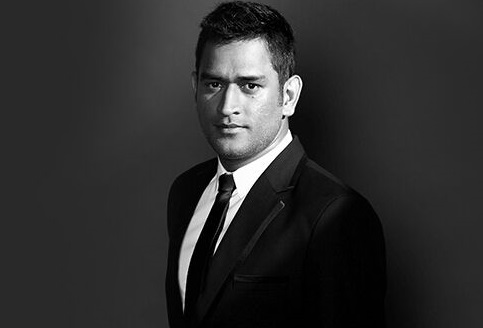 Top 10 Richest Cricketers With Their Net Worth and Salary 2021

Over time, cricket has become one of the most popular sports in almost all countries that follow a sports culture. In this success of cricket, Indian sub-continent fans played an important role who are spread all over the world. Cricket is now much more commercial and money business than it is used to be earlier, which also reflects in the cricket players net worth. This list of the 10 richest cricketers in the world is evidence of huge cash flow in modern cricket.

Cricketers are now earning a handsome amount of money from the deals, endorsements, and different T20 leagues held worldwide.

Cricket’s evolution from test matches to T20 not only improved its reach for broader audiences, but tournaments such as the Big Bash League (BBL) and the Indian Premier League (IPL) generate enormous revenues for the sponsors. The world’s top cricketers are competing at these tournaments to earn vast amounts of income and popularity.

Shane Watson was once a leading star player in Australia’s team in every series and world tournament. Watson has scored 10950 runs and picked 281 wickets in his 307 international appearances for Australia. He was signed by the IPL team Chennai Super Kings in their 2018 comeback season. Watson last year announced retirement from his BBL side, Sydney Sixers.

Watson has excellent skills in hitting mighty big sixes and proper balance, and he’s a dashing all-rounder with exceptional control as a bowler and an explosive batsman.

He is one of the best players coming out of Australia, but injuries rarely gave a player the chance to enjoy a lengthy and satisfying international cricketing career. He used his brilliant all-around skills to entertain fans all over the world in many of the T20 world cups and franchise based leagues worldwide.

In the 2016 IPL auction, Shane Watson was the most expensive player purchased, bought by RCB on a two-year ₹9.5 crores/year contract. Watson had retired from international cricket in the year 2016 but continues to play several T20 leagues.

Indian’s star all-rounder and the man behind India’s 2011 WorldCup Yuvraj Singh, fans call him “Yuvi,” ranks at 9th position in the list of the world top 10 richest cricketers around the globe. Known mainly as an all-rounder, Yuvraj was the Vice-Captain of the Indian ODI team.

He gained popularity from the game against England, where he hit six sixes in six balls against Stuart Broad’s bowling.

Yuvraj was the Man of the Tournament for his all-rounder display at the 2011 World Cup. After his WorldCup stint, Yuvraj Singh was diagnosed with cancer, but his love for the country kept him going. A true athlete fought cancer and made a comeback in the national team. Sadly, he didn’t find his mojo back.

He started a foundation, “YouWeCan,” which supports cancer treatment for patients and various other social causes. Yuvraj also started his fashion clothing label YWC, which received a lot of encouraging feedback.

Ex-Indian Opener and Captain Virender Sehwag is a famous and admired cricketer from Delhi, India. He is known for his aggressive batting style and fearless cricket. For a long time, he was the captain of Delhi Daredevils and still holds various unbroken world records. He is the first batsman to achieve the fastest triple century and is the highest scorer in a Test match.

He represented Delhi Daredevils and Kings XI Punjab in his 8-year IPL career. Virender Sehwag is enjoying comfortable retired life and a career in commentary with a net worth of $40 million.

In his free time, Virender Sehwag started an international school for students with disabilities. He’s nowadays working as a Star India commentator. Viru was Hero Honda’s brand ambassador for a long time. He also endorses international brands such as Reebok, Samsung, Boost, Adidas, and many more.

According to Forbes, IMDb, Wikipedia & Various Online resources, famous South African Cricket Player Jacques Kallis’s net worth at 43 years is $48 Million. He earned most of his money being a professional Cricket Player and formerly playing for the South African national team. He is the best all-rounder international cricket has ever seen.

The all-rounder has scored 25,534 runs and picked up 577 wickets in his 519 international appearances for South Africa. Besides this, Kallis is well known for his successful coaching career!

Jacques Kallis is presently a cricket coach for South Africa. Kallis is also the Batting consultant for KKR. He retired from all forms of cricket in 2014 but is now enjoying his healthy cricket retirement with a net worth of $48 million. Fans loved his batting style and considered him as the best South African batsman ever.

Kallis was made the brand Ambassador of Advanced Hair Studio India in 2017. Kallis played a crucial role in making Kolkata Knight Riders the champions.

Next in the line is legendary Australian Leg-Spinner Shane Warne, a former captain of the Australian cricket team and widely recognized as a wicket-taking bowler. Even after several years of retirement, he is one of the richest cricketers in the world, sustaining a net worth of more than $50million.

He now works as a commentator for cricket games on the Nine Network. Since his retirement, he has invested heavily in his charity foundation, focusing primarily on improving children’s lives.

Australian fans see Warne as a national star and idolize him as the highest wicket-taker in Australian Cricket history. Warne was the skipper of the Rajasthan Royals and led his team to victory, winning the inaugural season of IPL in 2014. Wayne retired in 2011 and now helps the Rajasthan Royals as head coach. He has endorsed brands such as Victoria Bitter, Pepsi, and McDonald’s, etc.

Next, up is the glorious former Caribbean international cricketer from Trinidad, Brian Lara, who played for the West Indies cricket team is widely acknowledged as one of the greatest cricketers of all time. Lara had a classy orthodox, or straight out of the cricket books batting style and was the flag bearer of conventional cricket in his era.

Lara has scored over 21,000 runs in the 430 international appearances. He also holds the record for the highest score as an individual, scoring 400 not out in an innings of a test match against England in 2004. He has the second-highest number of runs in the history of cricket.

The Caribbean superstar was also inducted into the ICC Hall of Fame in the year 2012. Though Brian Lara is now retired, he has a fantastic net worth of $60 million, including him in the top 10 rich cricketers.

Brain Lara is a renowned philanthropist; he founded the Pearl and Bunty Lara Foundation, an organization that focuses on assisting with social care problems.

Lara was also the brand ambassador for Indian Tyre company MRF, which helped to gain international popularity. After retirement, Lara has licked up something new and become a professional golfer and has also won numerous international golf competitions.

Next on the list is Australia’s most exceptional cricketer and Most successful Captain, Ricky Ponting has a net worth of $65 million. Ricky Ponting has had an unbelievably cricketing career, with three consecutive World Cups, two as a captain, scoring 27,000 runs in his 560 international appearances for Australia.

He is regarded as one of the best batsmen in the sport’s history, and he is also a handy bowler and a safe, close catching fielder. The former Australian captain is the only cricketer to lead his team to win two consecutive ICC World Cups (after Clive Lloyd from the West Indies).

He has endorsed many brands such as Valvoline, Adidas, Pura Milk, Rexona, kookaburra bats, and many more. He was famous as a commentator for Channel 9 and is currently the head coach of the Delhi Capitals IPL Team, which finished 3rd in the 2019 season.

There is no uncertainty that current Indian Captain Virat Kohli is currently the best batsman in the world. As per Forbes, Virat Kohli is the most marketable cricketer in town and has a net worth of more than $92 million (₹ 644 crores) and is the wealthiest Indian cricketer this year. (Virat Kohli Net Worth)

The Indian skipper has scored more than 10,000 ODI runs and hit 70 centuries with an astonishing average of over 59.5. He has become a brand ambassador of the very game itself; fans all around the world tune in to watch him hit his trademark cover drives and hit tons a day in and day out. Virat isn’t just a cricketer or a national symbol; he is a huge brand himself. You’ll see him while watching TV and realize Virat Kohli is an aspect of almost every other TV ad.

He has the most followed Instagram account in India, with 51.6 million followers, while 33.9 million followers on Twitter. In 2019, Kohli became the highest-paid IPL player ever when he extended his contract of Rs 17 crore with Royal Challengers Bangalore.

Regarding wealth, he ranked 100th position among Forbes And is the only Indian who made it to the top 100 & is currently the highest-paid cricketer in India. Kohli charges over $1million or four crores a day for his shoots and his endorsements.

In 2015, he signed a five-crore contract with Audi India and promoted brands such as Pepsi, Valvoline, Google, Hero Moto Corp, Colgate, Tissot, TTooYummy, and Manyavar, and many more. Virat was appointed as the Brand Ambassador for Uber in 2018.

Virat Kohli is also the co-owner of FC Goa, a football team in ISL. He also has his own fashion brands Wrogn and One8 (partnering with Puma). He is the only cricket player included in the list of Forbes’ highest-paid athletes in the world.

India’s most successful and former captain, Mahendra Singh Dhoni (also known as MS Dhoni), is a successful wicketkeeper-batsman and renowned personality in the field of cricket. He is admired for his skilful and calm approach to every game. (MS Dhoni Net Worth)

Under his leadership, the Indian cricket team won two Asia Cups, an ICC Champions Trophy, an ICC T20 World Cup and the prestigious 2011 Cricket World Cup. MS Dhoni is the 2nd richest cricketer with a net worth of over 111 million dollars.

He was also Reebok’s brand ambassador for about 7-8 years & was on the list of highest-paid athletes in 2018 by Forbes. Dhoni has also invested in the ISL team Chennaiyin FC and owns his fashion brand ‘Se7en’.Dhoni is currently under a ₹15-crore/year contract with Chennai Super Kings and is their captain since the start of IPL.

The God of Cricket, Sachin Ramesh Tendulkar, is the world’s best cricket batsman of all time and is a player in international cricket with more than 34,000 runs and holds the unbelievable record of scoring 100 centuries in his international career. Regarded as the greatest player to ever play the game, he is a hero and a godly character or a superhuman figure in the cricketing world. (Sachin Tendulkar Net Worth)

Sachin Tendulkar endorses many international brands like Pepsi, Luminous, BMW, Adidas, Canon, Phillips, Britannia, VISA, Castrol, etc.  In 2001, He was the first cricketer to score a deal of ₹100-crore when he was appointed as the brand ambassador of MRF tires.

He is currently trying to support and endorse other lesser-known sports in India. He is the co-owner of Tamil Thalaivas, a Pro Kabaddi League team. According to Forbes, Sachin Tendulkar is the wealthiest cricketer and Indian sportsman in the world of all time.