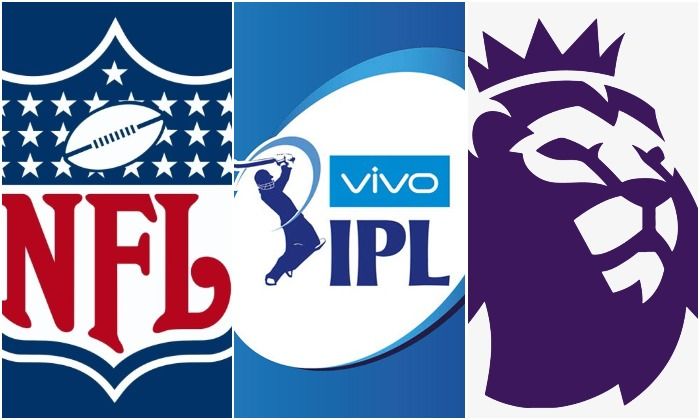 Top 10 Most Watched Sports Leagues in the World 2022

Here is a list of the top 10 most watched sports leagues in the world.

People across the Globe are extremely Passionate about the sport; they love and follow it wholeheartedly. Whether it’s a cricket match from India or a Football Match from Europe and South America, people invest their valuable time, money and effort to see their team perform Live. Moreover, people purchase season passes for their beloved sports league much before the start of the Competition. But have you ever wondered what the most-watched sports leagues in the world are?

Gathering up in masses for a match is evident proof of that sports match popularity. This is either because the two Giants teams face each other or some Tournament league match. Furthermore, based on the Average attendance from the particular Sports League, we came across its Global popularity.

Let’s take a look at the most popular sports leagues in the world based on average attendance.

The Italian system’s professional top football league competition, Serie A, is played in a round-robin tournament. The league is considered one of the best football leagues in the world. The league receives an average attendance of 25,237 for league matches.

One of the highest-paid and most popular players Lionel Messi, plays in the Spanish Football League, named La Liga. The league is the men’s top professional football division of the Spanish system and is contested by 20 teams. Sevilla and Atletico Madrid are the dominant teams apart from Real Madrid and Barcelona. One of the most popular football leagues in Europe, the La Liga season had an average of 26,843 audiences on average.

America’s National baseball League, namely the MLB league, is a widely watched sports league. Moreover, as always, Baseball is the heart of the American spectators. It’s a famous sport in the USA where even the family loves to play all together. From Fathers playing catch with their children is an almost stereotypical picture of an American household.

The sport has always been associated with the Crowd of America. It also contributed to unite and bring the Americans together and influenced American culture positively. The previous season of the MLB had a crowd count of 28,830 on average.

The Nippon Professional Baseball league is the top tier Baseball tournament of Japan. Ever since its inception in the year 1950, the league has featured 12 teams. It divides the teams into two circuits of six teams each, The Central League and the Pacific League. People of the Land of the Rising Sun are enthusiastically waiting for the Nippon Baseball League to begin.

However, each season, the winning teams from the two circuits compete in the Japan Series, the Championship series of the Nippon Professional Baseball. The 2015 Nippon Baseball league season witnessed a crowd of 29,300 average audiences. Australian Cricket League, Big Bash, is truly inspired by the IPL and came into existence in 2011. The Blockbuster Bigbash clash between the Melbourne Stars and Renegades attracted over 80,000 spectators for the live Match. The organizers only managed to get 50,000 in the stadium in time, with 30,000 fans attempting to trickle in as the game began.

This can be more than an achievement for the Australian Cricket board that just a 5-year-old league has gained Sky High popularity in such a quick time. The last season of the KFC Big bash receives an average attendance of 30,114.

IPL, the most-watched cricket league in the world, has accelerated its viewership after its Inception in 2008. The IPL Cricket League will move to its tenth edition in 2017 and has hold of the People in Masses. They are keen to watch their local side win and catch all the action of their favourite players. The last edition of IPL has a total attendance of 32,800 spectators on average.

AFL, also known as the Australian Football League, is the most popular professional league that includes Australian football rules. It came into existence in 1897 after breaking away from Victoria Football Association. Before, it was usually called the Victorian Football League. AFL is one of the Oldest Sports leagues in Australia. The AFL league includes 18 teams overall and is watched with Joy by the Australians. In every game of the AFL, average attendance of 36,700 has been recorded.

Englands top-tier professional football league has viewership and fan following across the Globe. Moreover, around 220 countries broadcast the EPL matches in their country and have deliberate, passionate followers. For the previous EPL Season, the average attendance was 38,168, making it the most-watched football league globally. When it comes to football, the Germans are ahead to support their loved team with full passion and aggression. The maximum attendance of the Signal Iduna Park has reached 95,211 in a league match against Bayern Munich, the highest attendance in any Football League of the world. Management also provides the tickets at a very cheap rate; Emirates stadium ticket price is equal to one Allianz Arena Season Pass price. With an average attendance of 43 500, Bundesliga is the 2nd most-watched sports league in the world. The National Football League is an American soccer league that has 32 teams participating in total. It has its spectators base the NFL attendance figures have actually been declining. Back in 2007, the average attendance was 69,564 heads. Factors like parking, the cost of food, drinks, etc., have declined its popularity over a year.

America’s National football league is the most watched sports league in the USA as per the television rating points and average attendance. More than 67,400 sports fans attend the league.