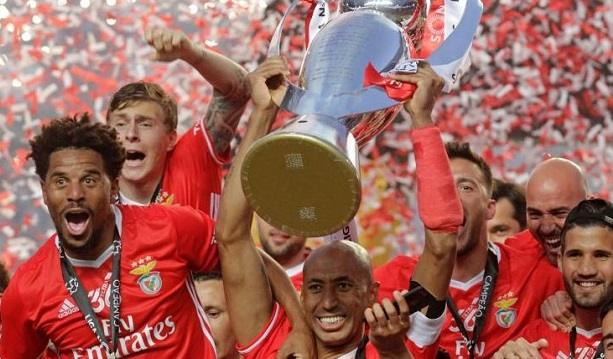 Manchester Utd, Barcelona and Real Madrid all have lots of trophies but none of them holds the title for Europe’s most successful Football Clubs.

The success of the greatest football clubs in the world can be measured in terms of their achievements in their respective leagues and trophies won in European and international competitions. The crazy fan base of these clubs is carried on by generation to generations and this beautiful game of football never lacked popularity. The rankings of the most successful football clubs are here based on a number of trophies

Football, also known as Soccer is one of the most popular sports in the entire world. The passionate loving and crazy fan following towards this game is a major attraction. So, can you guess which football team is the most successful football team in Europe?

Yes, we are talking about the most successful and popular Italian Club Juventus. Vecchia Signora was established in the year 1897. In the domestic records, I Bianconeri have won 33 Serie A, nine Coppa Italia, six Supercoppa Italiana. As we look at the club’s European titles it includes two UEFA Champions League, one UEFA Cup Winners’ Cup, three UEFA Cup, one UEFA Intertoto Cup, two UEFA Super Cup.

The club has claimed the Intercontinental Cup, 2 times. Italian Legends like Platini and del Piero were made in this club.

The Bavarians are one of the successful European clubs, Stern des Südens was founded in the year 1900 and has earned a lot of titles since then. It has an increasing fan following and the Club is getting better and better. Bayern Munich holds a record of winning twenty-four German Champions, seventeen DFB-Pokal, six DFB-Ligapokaland four DFL-Supercup.

FC Porto is the most successful club in the Portuguese football club. The Dragons were founded in the year 1893. In the domestic tournaments, the club has won 27 Primeira Liga, 16 Portuguese Cup, a record 20 Portuguese Supercup, 4 battle off Portugal, 30 Porto Championship, 14 Porto Honour Cup.

The Portuguese club SL Benfica is as popular football clubs compared to other teams listed here but they have a large number of domestic trophies, a total of 35 titles. The club filed to perform at the international level and have won the European Cup only 2 times.

Real Madrid is the most successful football clubs in not only in Europe but one of the best and most popular football clubs in the world. It is a Spanish Football Club and is also the richest club in the Globe. The Madrid Football Club came into existence since the year 1902. Los Blancos has won a record thirty-two La Ligas title, nineteen Copa del Rey, nine Supercopa de España, one Copa Eva Duarte and one Copa de la Liga.

In the international matches, the men in whites have won a record 12 Champions League titles, three Intercontinental Cups, two UEFA Cups, two UEFA Super Cups and one Club World Cup. The club has famous and best players like Ronaldo. Kaka, Bale, James and much more.

FC Barcelona is the most successful club when it comes to the FIFA club world cup. The interesting fact about this club is that it has the magician Messi, the best football player in the world While Neymar and Suarez add on a real threat to the opponents.

The Celtic Football Club is a Scottish professional football club plays in the Scottish Premiership. The club has won the forty-eight Scottish league championship and 37 the Scottish Cup titles and they are also the first Scottish club to win the European Cup.

I know many of you would not have expected this club but Rangers is the most successful football club in Europe. The team has an excellent record when it comes to winning trophies. Rangers have many league titles compared to any other club in the world.

The club has total 119 trophies which include 54 domestic league trophies, 33 Scottish Cup and 27 Scottish League Cup trophies under their belt.