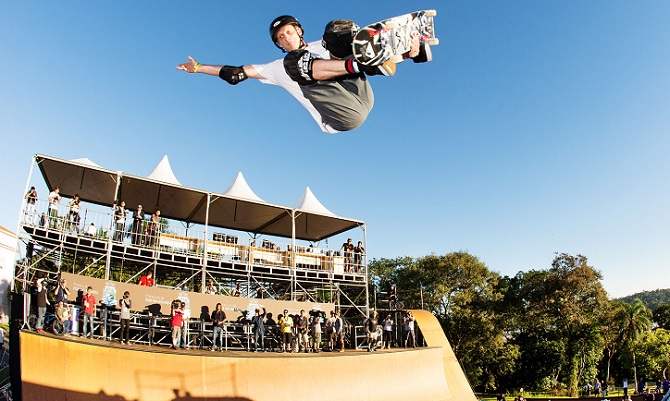 The 10 Wealthiest Skateboarders in the World 2022

Skateboarding is an eye-pleasing Athletic sport that is a joy to watch, but if you think it’s not a serious business, you need to think twice. Many pro-skateboarders turned their fortune and earned millions of dollars through the game. These skateboarders bring life to this game with their screaming stunts, skill and splashes. Let’s see the world’s richest skateboarders with their total net worth, salary and endorsements deals.

Skateboarding is an athletic sport that includes a Skateboard for performing the game. In the past few years, the Game has influenced many young Skateboarders to get involved in this Acrobatic sport. Here we present the world’s ten richest skateboarders. It’s a natural performer who has to show deliberate moves and tricks by riding a skateboard and performing tricks. It is Officially announced that skateboarding will be represented at the 2022 Olympic Games in Tokyo, Japan.

According to recent reports, the skateboarding market is worth an estimated $1.4 billion, with 11.08 million active skateboarders in the world. The skateboarders earn a huge chunk of their money through prize money, TV rights, and sponsorship deals.

According to reports, the Skateboard market will see a huge spike in revenue in upcoming years. The global skateboard market size will increase USD 2.4 billion in the next five years and register a CAGR of 3.1%.

The sport is currently popular in America, thus most of the richest skateboarders listed below are Americans. The Sport has gained exceptional popularity over the past few years, and a lot of investments, Endorsements are also happening, which is a bigger picture behind the success of the entire earnings of the skateboarders. They are really making huge money and earning millions.

Ryan Sheckler, who was once the world’s youngest pro skateboarder, is right now one of the richest skateboarders. He is currently thirty-two years old and has accumulated millions of wealth through sponsorship deals. Sheckler’s net worth is estimated at $16 million.

Chad Muska is one of the popular names in the Skateboarders circuit. A homeless guy who achieved all those things that one Skateboarder dreams. He earned most of the revenue from sponsorship deals and his own brands, such as Element, Supra, and Skytop.

Stefan Janoski is a multitalented man who got fame from the skateboard who later showed his talent as Artist, writer, musician, and shoe designer. He is one of the richest skateboarders in the world. Janoski has a net worth of $20 million as of 2022.

Rodney Mullen is a popular name in the skateboarding field and has great influence. He has invented many tricks like the kickflip and showed his influence on the design of skateboards.

He appeared on many public speaking platforms for his innovative contribution to the skateboarding circuit. Right now, Rodney Mullen’s net worth is around $30 million.

Legendary skateboarder Shaun White has got a medal in the summer X-games, who has earned most of the revenue from endorsement and sponsorship deals.

Rick Howard has earned huge fame, and he is a professional Canadian skateboarder. He can perform great tricks with the piece of the skateboard, the Rick Flip or the 360 summersault.

He is a glorious performer with $50 Million in earnings for the 2022 year, along with his endorsements and sponsorships.

The reality TV show famed Viva La Bam is a successful professional skateboarder sponsored by Toy Machine Skateboards. He is quite successful in both phases of his career – entertainment and skateboarding.

Jamie Thomas pursues his career in skateboarding, where he becomes a popular pro skateboarder and gets many sponsors. He later started Zero Skateboards to become a successful entrepreneur. He was awarded Entrepreneur of the Year for his brand Fallen Footwear. Thomas’ net worth is estimated to be around $50 million.

The 46-year-old Rob Dyrdek is an American professional skateboarder. However, Rob is also an actor, entrepreneur, producer, and reality TV star. He is best known for his reality shows Rob and Big, Rob Dyrdek’s Fantasy Factory and Ridiculousness.

With 2022 annual earnings, Rob Dyrdek Net worth is estimated at around $100 Million with all his endorsement deals. He is one of the highest-paid skateboarders in the world.

Tony Hawk is an American former professional skateboarder, the world’s richest skateboarders. Tony Hawk has a net worth of $140 million, which he accumulated through skateboarding and various sponsorship deals. He is also known as “The Birdman” for his unbeatable skills and moves in the Skateboard competition.

Tom began his skateboarding journey in 1982 and retired in 1999. Although during this period of time, he was known as the don of this sport. His success in this Game attracted a million fans which is a lot more than Price Money.

However, the top sponsors “Birdhouse, Independent, Quiksilver, Bones, and Nixon” is the major reason behind his massive earnings. With an estimated net worth of $40 Million, Tony Hawk is the highest-earning skateboarder on the planet.