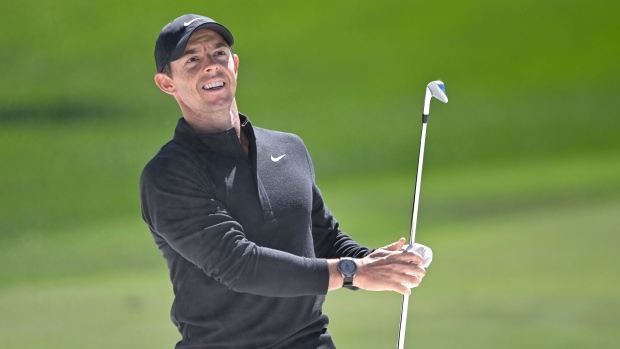 Sports is not only a favourite pastime but a massive part of our modern-day culture, and today we look at the most-followed or most popular sports in the World. Sports have always acted as a medium for teaching essential values such as justice, fair play, teamwork, and unity. Sports is something that we share globally, not individually, and they ultimately bring us together.

Sports has united several nations and enhanced brotherhood between rivals throughout history. One such instance is the 1914 Christmas day truce, where two warring parties left aside all differences and disputes amid so much violence to enjoy a beautiful football game.

Most Popular Sports in the World

Over the ages, sports are played by men and women, boys and girls, of all colours, races, religions, ethnicities, and cultures with no other criterion other than how skilled, how strong, how smooth, how fast they are. It is an activity combing physical strength, endurance, mind and body coordination, and mental stability.

Below is the list of the top 10 popular sports in the World based on their coverage and fan following.

Golf is a gentleman’s game and requires high precision with the skill to manoeuvre or hit the golf ball with the golf club into a series of holes present at far or close distances. The player to do it with the least number of strokes abiding by all rules wins the game.

Golf isn’t the most played sport but is a very calm game attracting elite fans like business people, celebrities, and older people in the society, which proves why it is one of the highest-paid sports with huge prize money on the grab. Tiger woods made a fortune in this sport, crowned the richest sportsman for almost a decade.

Popular in countries: US, Canada, Japan, and Europe.

Rugby and American football both differ by the shape of the ball played with and specific rules but are moreover categorized as the same sport. It is a physically demanding sport between two teams with 11 or 15 players each and involves a lot of adrenaline rush and Strength.

In the United States, the sport is called American Football and is one of their most popular sports. It involves eleven players in two teams on a rectangular pitch (120 yards length and 53.3 yards width) with goalposts at each end.

The primary motive is to hold the oval ball using hands and charge towards the opposition’s goal post. The players can retrieve the ball from the opposition player by tackling and can improve possession of the ball by passing it around.

Baseball is the 8th Most Popular Sport in the World. The game is popularized, led, and created by the Americans since 1876 and is one of their favourite pastime and most popular sport. It is a bat-and-ball game played between two teams of nine players where one side has to bat, and the other has to field simultaneously but in turns.

The player who hits the ball thrown by the pitcher with the bat has run counter-clockwise around a series of four bases: first, second, third, and home plate; if the player completes the series of bases and returns to home plate, then a run is scored.

Other than the USA and Canada, Japan is a country where baseball is admired and followed passionately. A lot of children opt to pursue a career in baseball in the future.

Top leagues: Nippon league in japan and MLB in the USA

Popular in countries: US, Japan, Cuba, and the Dominican Republic

Table tennis, widely known as ping pong or TT, is a trendy sport and has a strong fan base in every part of the globe. It is a straightforward and convenient sport that everyone can play, irrespective of their fitness or age.

It is a sport that can be played between two or four players where they have to hit a lightweight ball back and forth across a net on a hard table using table tennis rackets.

The ball has to be allowed to bounce on both sides of the net once in every strike from a player except for the initial serve, where the serving player must allow the ball to bounce only on the opponent’s side of the net.

Volleyball stands at the 6th position when it comes to the popularity of the sport across the World. It is a team sport in which a net separates two teams of six players each.

Each team tries to score points by grounding a ball on the opponent’s court in not more than three hits at a time in a rally following the defined rules. Volleyball has been a part of the Summer Olympic Games since 1964 and has over 200 national registered federations.

Popular in countries in Asia, Europe, Africa, and the Americas

Tennis is one of the most-watched and adored sport in the World. People love to watch the game throughout the year on the grand stage with top players like Roger Federer, Rafael Nadal, Novak Djokovic and female stars like the William sister, Maria Sharapova, competing against each other and dominating at the Grand Slam tallies. It is also trendy because of its range of television coverage across the globe.

Tennis can be played in two formats, singles (1 vs 1) and doubles(2 vs 2). Each player uses a tennis racket to strike a tennis rubber ball covered over or around a net and into the opponent’s court with the motive to make it difficult for the opponent to play a good return.

Top tournaments or Grand Slams: The Australian Open, the French Open, the Wimbledon Championships, and the US Open.

Popular in countries in ope, the Americas, and Asia

Field Hockey is the 4th most popular sport in the World. It has been around since the third century BC. Field Hockey has been around since the Middle Ages and has developed its style and resources over time. It is a growing sport that has become a shared passion for many young people. It is played on many different surface types, including carpet, grass, and stone, providing a variety of game speeds.

Field hockey has specific time specifications depending on the level of play, but the equipment follows them. Hockey is a national sport for India, Pakistan, China, and Malaysia.

Basketball is the 3rd most popular sport in America and the World. America is technically the home of Basketball, with the prestigious NBA league held in the United States. It is an exciting and skilful sport; it has received such popularity also because it is one of the highest-paid sports in the circuit, with players receiving an average salary of around $7.5 million per year.

Basketball is played in a rectangular court by two teams of five players each; the objective of each player is to shoot a ball through a hoop that is 18 inches (46 cm) in diameter and mounted10 feet (3.0 m) high to a backboard at each end. If a player is closer to the basket than the three-point line, a regular play basket, then the team gains 2 points.

If the player scores from behind the three-point line, the team earns 3 points and the team score more points in the stipulated time following all the rules wine game. Basketball can be played indoor on flat and smooth surfaces, while it can also be played in outdoor rougher conditions.

Popular in countries: US, Canada, China, and the Philippines

Cricket is always known as the gentleman’s game and is now the 2nd most popular sport in the World. It is partially because of the amount of television coverage cricket gets and mostly because of the match intensity and different factors deciding the match’s outcome with crazy fans watching each ball of the game on their television screens cheering for their favourite team.

Cricket is basically a bat-and-ball game played between two teams of 11 players on a field at the centre of a rectangular 22-yard long pitch with three stumps or wickets on each end. The two competing teams take to bat, which is decided by a pre-match coin toss; while one side is batting, the other team fields.

The objective of the batting team is to score runs, and the Fielding team is to restrict the scoring of runs and take wickets. Each turn is known as an innings. Cricket has three different formats, i.e., Test, ODIs, and T20.

After the introduction of the T20 form, the popularity of cricket has been increasing drastically. Cricket is very popular in India, Pakistan, Australia, England, South Africa, Sri Lanka, New Zealand, West Indies, Bangladesh, and Zimbabwe.

Popular in countries: Asia, Australia, South Africa, the Caribbean, and the UK

This isn’t a shocker; football has always been the most popular sport in the World. It is called soccer in the US; historians say it originated in China, but some say it is the Greeks and Romans who invented this beautiful game. However, one thing is for sure it is England who made the game what it is today.

Almost every second person is a football fan, and it is a sport played in practically every county because it is the simplest of games requiring only a ball, a ground, two goalposts. The game’s primary objective is to score goals using any part of the body except hands, but only the goalkeepers can save the ball from entering their goal post with their hands inside the penalty box.

Though it sounds simple, football is a game of sophisticated tactics, formations, skills, and teamwork at a professional level. Football has the highest TV coverage and viewership right, making it one of the highest-paid sports in the World. Football players like Cristiano Ronaldo, Lionel Messi, Neymar, David Beckham, etc., are the most followed and celebrated personalities in the world.

Popular in countries: All over the World