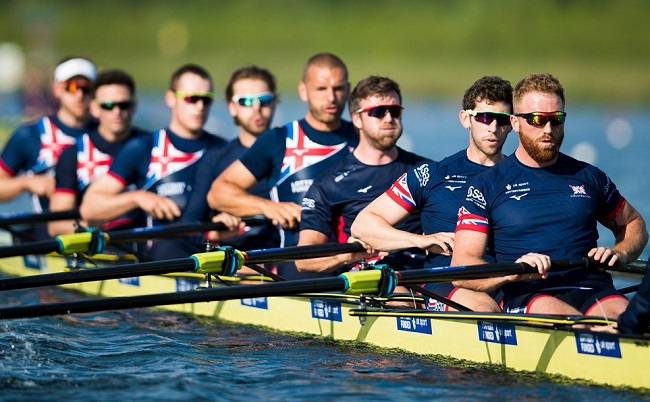 Top 10 Most Popular Sports in the United Kingdom

Sport has always had some kind of impact and influence on people globally. It is known to unite people, connect them and is an important part of the culture and tradition of a country. Some countries are famous solely for their sports culture and are recognized because of sport.  One such nation famous for the sports culture in the United Kingdom. Here is a list of the 10 most popular sports in the UK.

Netball is a popular sport in the UK The Netball Superleague is the elite netball competition in the UK. Scotland and Wales were established in 1999. Netball Superleague tournaments are regularly shown on sports channels and have high viewership. Netball has always been at the centre of UK sport, as it is regularly played by tens of thousands across the country.

The 2019 Vitality Netball World Cup that was held in Liverpool witnessed sold-out venues and high viewership. The netball Superleague includes players from England, Wales, Fiji, Scotland and New Zealand. The popularity of the sport makes it the tenth most popular sports in the United Kingdom.

Field hockey is a high-intensity sport that is played by hundreds of thousands of British. The UK has a domestic league and a national team. The national hockey team has represented the UK in various competitions namely the Olympics, The Sultan Azan Shah cup and has been victorious many times. It won the competition of Summer Olympics in 1988.

Ice hockey is also a famous sport in the UK with the national ice hockey team earning accolades at Olympics and world championships.

Rowing has a lot of popularity amongst the British. It is considered to be an elite sport and has many teams right from the university level to the national level.

There are numerous rowing clubs in the UK that train and groom the rowers and make them fit for the international level. The UK has represented its rowing team in the Olympics regularly.

Horse racing is a huge spectator sport in the UK. It is also the focus of much betting, and it is said to be worth an astonishing £3.7 billion to the British economy.

It is the only sport where betting is considered legal and even the Queen of England has her own horse for racing. The sport draws popularity and attention from people all over the UK.

Badminton is one of the fastest-growing sports, in terms of everyday participation. When it comes to international competitions, such as the Olympics and the Commonwealth Games, The UK has represented and performed well in these competitions and has won Olympic medals.

The growing presence of the sport aided by promising performances at the international level has made badminton very popular in the UK and it is the sixth most popular sport in the United Kingdom.

Successful swimmers like Mark foster has performed exceptionally at the Olympic levels and has helped the U.K. to bag medals internationally. Swimming is encouraged right from the school and university level in the UK. Overall achievements and increasing following make swimming the fifth most popular sport in the United Kingdom.

Lawn tennis is by far one of the most popular sports in the U.K. Tennis is slowly growing to become the symbol and the identity of the country. The UK hosts one of the 4 most prestigious grand slams of tennis the Wimbledon.

Superstars like Andy Murray have made the sport ever increasingly popular. Wimbledon has a viewership not only from the UK but from the entire world and crowds of tourists flock in from all parts of the world to witness the sport. These all factors make lawn tennis the fourth most popular sport in the UK.

Rugby has a terrific fan following and the third most popular sports in the UK. Rugby originated in England and has been popular amongst all the people. Rugby is the national sport of Wales which gives us an idea about the popularity of the sport. Rugby league and rugby union are promoted by the government of UK.

Rugby is one of the most liked sports in the UK and has fans filling the stadiums pack during all the competition. Rugby is also represented in the Olympics rugby sevens and the sport is a matter of pride and identity to the UK.

Cricket is by far the most loved and followed sport across the UK. The sport originated from England and has following and support all over the country. There are more than 20 different cricket clubs in the country and many different teams.

The ‘Three Lions have a fan following all over the world and top the rankings in ICC. The long spread fan following and support make cricket the second most popular sport in the UK.

Football is the most popular sport in the UK and has the highest fan following from all the countries constituting it. England is the birthplace of football and everyone right from the common citizens to the monarchy follow the sport. Scotland, England, Northern Ireland and Wales all have their separate individual national football teams and football leagues.

The sport is so popular that various cities in the UK are known because of the football clubs that represent them. The English Premier League is shown in 188 of 193 countries around the world and is, therefore, one of the most followed leagues in the world.