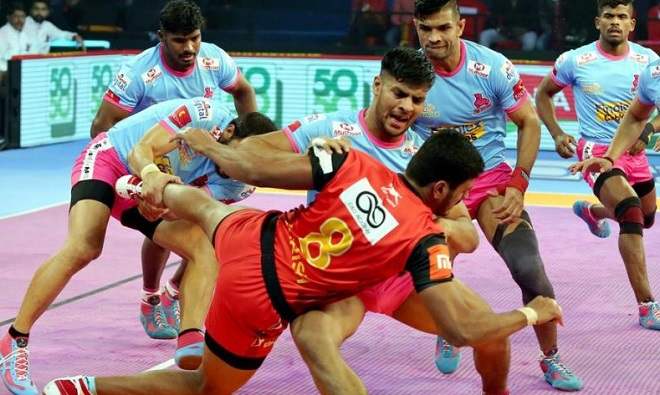 Top 5 Most Popular Sports in India

India is a country where sports more than entertainment, unites everyone and spreads joy during tough times. Several popular sports have originated in India like Kabaddi, Chess, Kho Kho, Polo, etc. The National Sport of India is Field Hockey though it is not as popular nowadays as cricket and football, it used to be the most popular and loved sport in the country pre Independence.

Sport is an integral part of Indian society and Indian Culture. In Ancient India, sports were seen as a recreational activity to entertain the Maharajas or Kings and their people after long and harsh battles or to celebrate victories. Here is the list of top 5 most popular sports in India. Kabaddi is a traditional sport in India; it has recently caught everyone’s attention and grabbed the centre stage in Indian Sports. It is mostly due to the introduction of the Pro Kabaddi League, and it is the second most-watched sports league in India after IPL. The PKL is a competition that follows the franchise-based model and has the rules of the indoor version of Kabaddi.

Kabaddi has recently got acclaimed as a competitive sport and is part of the Asian Games. The PKL and Kabaddi World Cup are the most anticipated competitions in this Sport. India has dominated the sport since the beginning, and it is also one of the prime reasons for its popularity in our country. Iran is the closest competitor to India in Kabaddi. India has won all of the Kabaddi World Cups held so far. Field Hockey is the National Sport of India; it has seen a shy in popularity in recent years due to the rise of cricket and other sports. Players like Dhyan Chand and Balbir Singh Sr. we’re the reasons for the blooming of this Sport and recognition of India as a great Hockey playing nation.

Dhyan Chand is undoubtedly the greatest hockey player ever, Adolf Hitler himself praised Dhyan Chand’s magical ball control and skills when he performed in Germany. It is said, the world was at his feet whenever he came onto the field. He was the greatest ambassador of the Sport and also India.

During the golden years of Indian Hockey, India brought home Badminton 8 Olympic Gold medals, most by any nation in the Sport. Like every popular sport in India, hockey too has its league, The Hockey India League (HIL), which began in 2013. It is a league based on the IPL model.

India started to see a decline in the nation’s success and the Sport’s popularity after the change of rules in the Olympics and disputes between the Hockey federations in India. Badminton is the third most popular Sports in India. Recently, India has gained success at the international level. The most promising and emerging players are Saina Nehwal and PV Sindhu, who are the flag bearers of the Sport in India. These two women revolutionized the Sport and brought a reputation towards the Sport.

Saina attained a career-best ranking of 2 in December 2010 by Badminton World Federation, and then she won the bronze medal at the London Olympics in 2012. This feat was topped by P.V Sindhu as she won a silver medal in the 2016 Olympics and later won a gold medal in the World Championships in Basel.

Indian badminton was first recognized internationally when badminton legends Prakash Padukone and later Pullela Gopichand conquered the All England Open in 1980 and 2001, respectively.

Seeing the growth of Indian talents on the international stage, the Badminton Association of India (BAI) oversaw the creation of the Premier Badminton League in 2013. The league created a reasonable amount of viewership due to its fast-paced format and the participation of top-rated Indian players. Football or Soccer is the second most popular sports in India after cricket. Strangely, the Sport is rather more watched than played in India. The Indian National football team has not achieved much success at the international level and the team is placed at 108th spot in the world in the FIFA rankings, having never qualified for the FIFA world cup.

The popularity of the Sport is mostly due to the immense amount of fans of European football in India, and the Premier League is one of the most-watched sports leagues in India.

In the past, India was successfully qualified in 1950, but could not take part in it, as they were not allowed to play barefoot. In 1956, India became the first-every Asian country to reach the semi-finals of the Olympics. India was also among runners up in the 1964 edition of the Asian Football Cup. However, over time, the standard of football dropped due to the absence of interest and skills.

India is home to several football academies set by top European clubs to encourage the growth of the sport, and it has resulted in a whole generation of young Indians who follow and play the game.

Some of the domestic competitions for men comprise the I-League, the annual knockout style Federation Cup and the Indian Super Cup. The newly launched Indian Soccer League (ISL) has been up and running since 2014, but a lot more needs to be done if football is to become a sport that is popular to play in India. Cricket is not a sport in India, it is more like a religion in India, every other person in India is a cricket fanatic and can go on and on about their love for the Sport. It all started after Former Captain of the Indian team lifted the ICC World Cup in 1983, it was the first time India won a major competition.

In terms of an obsession for a sport, India’s love for cricket is always compared with Argentina and Brazil’s passion for football. But, the size of fan following for cricket in India is just impeccable, one reason for this might be India’s success and competitiveness in the game.

India has always been among the top teams to play the sport, winning the inaugural ICC World T20 World cup, the 2011 ICC World cup, and the 2013 ICC Champions trophy. India currently ranks 1st in the ICC test rankings and 2nd in the ICC ODI rankings.

India has produced some phenomenal cricketers over the years who have raised the bar all over the world. The greatest cricketer ever or some say he is ‘The God of cricket ‘, Sachin Ramesh Tendulkar is one of India’s finest players. He has dominated and created records throughout his 24-year career. Scoring record 100 centuries in his career and also is the highest run-scorer in the history of the game.

Other world-class players who have also promoted the Sport in India are Sunil Gavaskar, Anil Kumble, Rahul Dravid, VVS Laxman, MS Dhoni, and many more. Presently, it is Indian Skipper Virat Kohli who is the poster boy of Indian Cricket, he is a man with a mission, chasing and breaking all records.

The governing body for cricket in India is the BCCI, and it is the wealthiest in the world as they majorly fund the ICC. BCCI organizes and controls all the first-class and international cricket matches in India and also the famous Indian Premier League. The IPL is one of the most celebrated cricket league every year, cricket also has more telecast and coverage rights than any other sport in India, which tells us why it is the most popular sport in India.