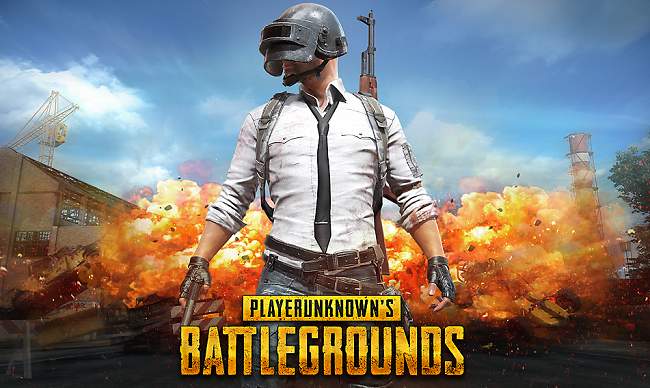 If you are on the quest to find the world’s most popular online games in 2022, then you have come to the right place. Here we have constructed a researched list of the most played online games with active online player count.

Let’s see the detail information on the top 10 most popular online games in the world.

Splatoon 2 was developed by Nintendo and is exclusively available on Nintendo Switch only. It is the sequel to Platoon, Splatoon 2 is a colourful third – person or multiplayer shooter game, which is quite different from other shooting games.

In this unique game, players have to ink everything visible with their octopus or squid-like – weapons to try and spread colours over the whole area shown on the map. It is currently estimated that the game had sold over nine million copies worldwide by June 2019. Splatoon 2 has an online multiplayer mode and single-player modes available.

It has a particular style called Turf War, where players can team up in a 4-vs-4 multiplayer battle to find out which team will cover more turf with ink. In the Salmon Run mode, 2 to 4 players can team up randomly to defeat waves of Salmonids. The next sequel, Splatoon 3, is expected to release later this year 2022.

Division 2 is a multiplayer online action role-playing video game, the game takes place in Washington D.C and is developed by Massive Entertainment and published by Ubisoft. Division 2 set up in such a way it continues the story of its predecessor after seven months.

The game’s plot is very diverse, and the player experiences a civil war between survivors and villainous marauders. Players can also expect interlocking player abilities, shootouts, and gradual loot benefits. Players have to cooperate with each other to complete objectives. Division 2 features several raids, which has to be completed by eight players, which is an improvement to the previous version.

The game’s main mission layout is just incredible, sending you to the three enemy groups of the game Outcasts, True Sons, Hyenas, also strategy to rebuild the city.

It is a multiplayer online battle arena designed and released by Valve Corporation. DOTA 2 game is the next sequel to Defense of Ancients, which developed a model of Blizzard Entertainment. And DOTA 2 is played between two teams of five players online. Although, the role of the game is defending its separate base Map.

Each of the ten players controls their distinct, compelling character named “Hero.” Each hero is having the different rules of playing and power and unique play in DOTA 2. However, the standard for each player in this game is to collect different experience points and items for their hero.

After collecting the things, they will go towards the enemy base to attack and destroy the towers. The game DOTA 2 was designed in 2009, and before DOTA 2, the Valve Corporation developed Warcraft, which is only DOTA.

It is by far the most popular online multiplayer game.

The video game is based in an arena where two teams with five participants each have to fight a battle against each other, and each team member has power over a squad captain called the group ‘steam’s hero.

DOTA 2 has some sporting background with global teams in different competitions and clubs competing around the world.

The single best-selling video game of all time developed and published by Mojang. Its a 3-D sandbox game with no specific goals to attain, which allows users to complete freedom, and thus, users can do whatever they want to. It has both a first-person perspective and a third-person perspective.

The core gameplay revolves around surviving and constructing campus and to have complete authority to take upon animals, people, buildings, and food. The player can pick-up 3-D blocks(of dirt, water, lava, stone, tree trunks, etc.) and build things with them. It also allows the user to make electric circuits and logic gates to form more complex systems.

HearthStone- an online digital collectable card game was a small project of Blizzard Entertainment for experiment purposes but now has become a well-known played game today. Hearthstone is a turn-based card game between two players, using adjusted decks of 30 cards along with a chosen hero with a unique power.

The goal of every player is to attack the opponent, with the aim of destroying the opponent’s hero. It’sIt’s a cross-platform play which means players can play on any supported device to compete with the opponent.

READ: Most Popular Sports in America

It is an objective-based multiplayer first-person shooter video game and is the fourth game in the Counter-strike series. It can be played both online and offline. The game contains two teams playing against each other: the Terrorists and the Counter-Terrorists. Both sides have the aim to eliminate the other, along with completing separate missions. Terrorists’Terrorists’ goal is to secure a location to plant a bomb and held hostages.

In contrast, Counter-Terrorists have to either prevent weapons from being planted or defuse it and rescue the hostages. At the end of each round, players are rewarded based on their performance in the form of game currency, which can be used to spend on other weapons or utility for the next rounds. Winning rounds rewards more money than losing does.

Completing objectives gives cash bonuses, and uncooperative actions like killing teammates result in a penalty. Professional competition like tournaments with prize pools is also held by the third party organizations and Valve cooperation.

League of Legends (LoL) is a multiplayer online battle arena video game. It is almost ten years old, and yet it’s one of the most played online games and favourite among its players because of its spectacular mode scene, awesome graphics, and excitement on each level and every single game. In this game, teams work together to achieve a victory by destroying the core building (called the Nexus) in the enemy team’s base protected by defensive structures called turrets or towers.

Players control characters called champions, chosen for every match, who each have a set of unique abilities. Each match is discrete, with all champions starting off weak but growing in strength by collecting items and vital experience over the course of the game. Players compete in matches, which lasts anywhere from 20 to 50 minutes on average.

Apex Legends is a free-to-play battle royale game developed by Respawn Entertainment and published by Electronic Arts. It is a multiplayer mode game and is in its fourth season. In this game, up to 20 three-person squads land on an island and search for weapons and supplies to try to defeat all the other players in combat.

Each player has to keep moving to avoid being caught outside the play area. The last team alive wins the particular round. Apex Legends is set in the same science-fiction universe as Respawn Entertainment’sTitanfall and Titanfall 2. It is considered a worthy competitor to Fornite Battle Royale Play, a similar game that gained popularity last year.

This game has also earned its place among the best superhero-themed video games in 2022.

There is no shortage of 100 players battle royale games, but even in this crowded genre, the Fortnight Battle Royal stands out due to its vivid colours and an outstanding freeform building system. The Fortnite Battle Royale is a free-to-play battle royale multiplayer mode online video game and potentially the most popular among the top online gamers, with about 5 million simultaneous players. It is a free-to-play strategic action game of survival that pits 100 players competing against each other for 1st position.

Players can fight alone (Solo), with an additional player (Duos), or with a group of three or a maximum of four others (Squads). As the match further progresses, the playable area within the island gradually shrinks, giving the players less and less room to play. The only last player or team alive wins the match.

The main characteristic which makes it different from other games in the same genre is the game’s construction elements, which let players build walls, obstacles, or other structures from collected resources. It comes in three distinct mode versions: Fortnite: Save the World, Fortnite Battle Royale, and Fortnite Creative.

PUBG is a very realistic online multiplayer battle royale game and is presently the most popular online games as well as most played in the world. This game is so unpredictable such that no two matches are alike, and thus has taken the internet with fire. It is a player versus player shooting game in which up to a hundred players fight in a battle royale, a kind of large-scale last man standing deathmatch where players fight to remain alive till the end of the match.

At the end of each round, players gain in-game currency based on their performance, like silver fragments or gold coins. The currency is used to purchase military crates that contain cosmetic items, dressing attires for character or weapon customization.

Players can decide to enter a match solo, duo, or with a small team of up to four people. The last surviving player or team alive wins the match. It can be played both on a computer or mobile.

Comment down below your favourite game among these top 10 most popular online games in the world.