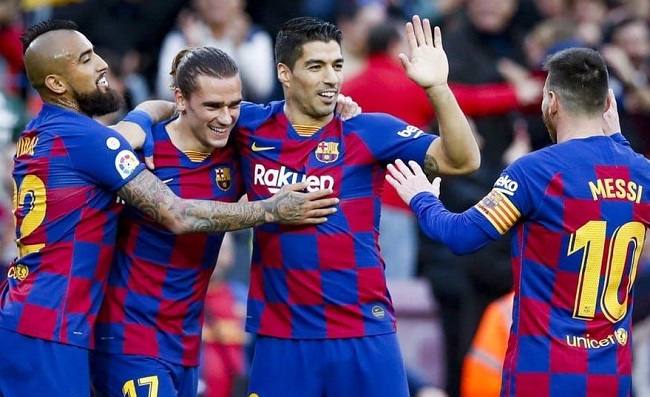 10 Most Popular Football Clubs In The World 2022 Right Now

Social media is now an important part of every person’s life and football teams are no apart. Based on social media followers, here-re the world’s top 10 most popular football clubs.

The popularity of a football club can be determined on a various scale like their social media fans. The ranking of the world’s 10 most popular football clubs based not only social media popularity (Twitter, Facebook and Instagram) but also others factors such as Clubs Jersey sale, Sponsorship Deals and Television viewership that helped us to make the right decision.

Real Madrid and Barcelona have enjoyed a massive hike in popularity and only clubs to have more than 200 million followers. Both the clubs from La Liga overtook Premier League giants Manchester United and Chelsea not only as of the richest clubs but they also pushed them back in terms of general popularity around the world.

Manchester City Football Club is one of the popular clubs of the Premier League. The club has won six domestic league titles under the Pep Guardiola along with the 2019 Premier League title. The fans following the clubs are growing very rapidly and soon they are expected to overtake Liverpool in terms of popularity.

Liverpool has always enjoyed a hugely loyal fanbase, and its recent hiring of the charismatic German Jurgen Klopp as its manager will only increase the online reverence. The Merseyside has the most followed TV viewership after Manchester united and has Renewed their Kit Contract with Warrior last year

The Gunners has proved themselves by performing in a very consistent premier league way under Arsene Wenger and they always seem to be there and there about in title race in the last 10 years. Arsenal’s total social media follower count is around 68 million which is pretty solid as they come only second behind Manchester United in the premier league in terms of popularity.

Paris-Saint-Germain was established as “Stade Saint-Germain” in 1904 it was merged with Paris FC in 1970. PSG became a true European superpower after “Qatar Sports Investments” bought the club and since then they have won back to back French Liga titles and also doing pretty well in Europe. The French club has a heck of signing Star players on their side and because of this factor they are gaining more popularity

Bayern Munich had one of the biggest jumps in Facebook followers from last year, with 30% more likes. Much of this will be down to the club’s increasing internationalism. A tour of China and a TV rights deal with Fox Sports helped boost Bayern’s profile overseas. The German Giants are consistently winning the Bundesliga league past 5 years that makes them one of the most popular clubs in the world.

Juventus had a huge 50% growth in Twitter followers and a 31% increase in Facebook likes from the year before. Winning the Italian Football Championship four times in a row and being the most famous club in the country has probably helped along with CR7 transferred. They are also the only team in Italy with several big-name players and steadily became the most followed Italian team worldwide.

The blues has grown into a massive club in the last 10 to 12 years since the Russian owner Roman Abramovich has taken over the club. Chelsea won 3 Premier League titles, Champions League, Europa League and a number of domestic cups since 2004 which has elevated them in this top 5 popular soccer teams.

Behind only Barcelona and Real Madrid in terms of social media followers, and one of the most successful in the past 20 years, it is easy to see the attraction. However, they missed the prestigious Champions League for a second time past three years, which could see their earnings from Adidas reduced. The red devils were the most popular football clubs in the world but slowly are going behind other clubs.

The Catalonians are one of the most successful football clubs in the past 10 years has won the champions league 3 times and absolutely dominated Spanish La Liga winning several back to back league and cup titles.

They completed their second treble in a decade last year when they won Champions League, La Liga and Copa Del Rey title along with Club world cup and UEFA Super cup and all that was due to three of the most talented forwards in the world in Neymar, Messi and Suares. They are on the field success made them the most loved and respected team around the world.

Real Madrid is the richest club with great history, also they are the most successful football team in the world having won 63 trophies including 10 European titles and most La Liga titles in Spain. Real Madrid has over 200 million social media followers while they are getting a lot more popular in different parts of the world with more extensive TV coverage in more countries.