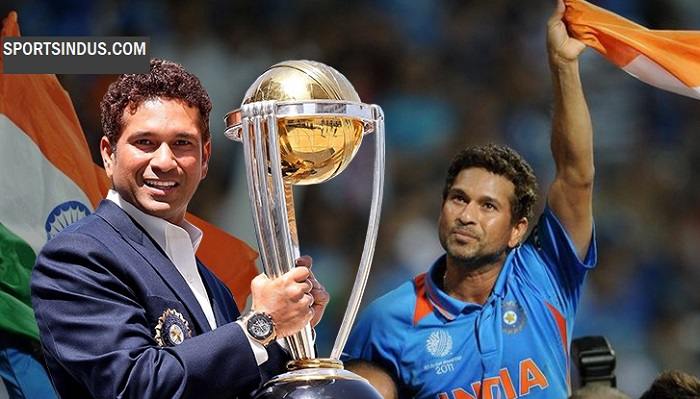 When writing this article, India is playing against New Zealand in a multi-format series and currently has a huge advantage. The Indian national team has had a lot of success, making India one of the best cricket nations in the world.

The next cricket game in India will actually be three ODI matches against South Africa, meaning Indian cricket fans have a lot to look forward to. Many cannot help but ask themselves: Is the India cricket team the best despite all the success? Did the current generation of cricket players have an opportunity to play the games of their lives?

To honour the national team of India, we’ve decided to take a look at some of the best matches this team has played. Cricket fans witnessed dozens of memorable matches, so selecting only the five best ones wasn’t easy.

Nevertheless, we decided to make a bold move and make a selection. Let’s take a look!

Sachin Tendulkar, one of the most popular cricket players ever, was actively playing cricket for a long time before officially retiring in 2012. Although he managed to win many competitions and make real history with his team, there was one thing missing — the World Cup Trophy. Fans expected it. His teammates expected it. Everyone felt that the World Cup must belong to India in 2011, given that they had the home-court advantage.

It took 28 years for India to repeat the achievement from England and finally make history by winning against Sri Lanka in the finals. The competition started with a total of 14 teams — 10 full members and 4 associate members. Apart from India, co-hosts were Sri Lanka and Bangladesh, and it was a real cricket celebration that lasted from February 19 to April 2.

The finals took place on April 2, and that was the first time India and Sri Lanka met in this stage of the tournament. In the end, India celebrated with a total of six wickets, winning its second World Cup.

Kolkata Match Against Australia in 2001

Although the Kolkata Test match against Australia was not actually the World Cup finals, it was still one of the best games the Indian team has ever played. The first Test took place in Mumbai, where India lost in less than four days. Moreover, the first innings in Kolkata saw Australians post 445 — which seemed impossible to beat. Indians were having a bad day and were all out for 171. Moreover, the India national team asked to follow on.

They did not want to give up, and that’s when VVS Laxman and Rahul Dravid managed to make a 376-run stand. The heroism displayed by Harbhajan Singh saved the day.

In the end, India celebrated and even managed to win the series 3-1. On the other hand, the Australian team lost morale after this decisive game and could not give resistance in the following matches.

The inaugural T20 tournament took place in South Africa, and India was definitely not one of the favourites to win the competition. The fact that the role of the team captain belonged to Mahendra Singh Dhoni discouraged many fans, as nobody knew who he really was up to that point.

However, the India national team proved to be unstoppable at the tournament. The biggest obstacle was waiting in the finals, where they met with their arch-enemy — Pakistan.

India had a psychological advantage in the finals, as the two teams had already met in the group stage where India had won. That’s why they managed to win by five runs, in the end, winning their first T20 world cup trophy.

Although India did not manage to win the 2003 World Cup after losing to Australia, many Indian citizens consider the game against Pakistan in this competition to be one of the most important in cricket history.

Before that game, the national team of India had never managed to chase over 222 in any match that was part of the World Cup. Yet, all of that changed when Tendulkar managed to make a score of 98. In the end, the score the team managed to chase down was 274, making history along the way.

Many Indian cricket lovers claim that winning the 1983 World Cup was a pivotal moment for this sport in India. This was their first trophy, after which Kapil’s Devils basically became immortalised.

They were considered a severe underdog in the competition, as opposed to the West Indies team led by Clive Lloyd, which already had plenty of experience and was defending the trophy.

Nevertheless, Kapil’s team was very determined to win. There’s no need to explain the events in the game as all cricket fans in India probably know them by heart. What’s important is that India won by 43 runs and became one of the countries that have won the