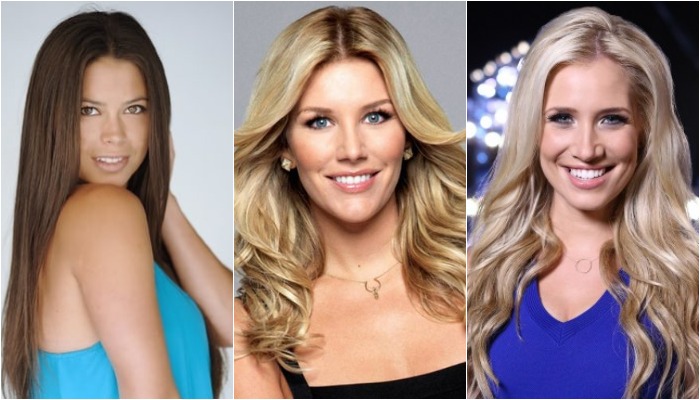 If you are saying that sports journalism is a man’s career, then you should think twice. Because these beautiful female sports reporters listed below are not only the best in their work but also attractive, beautiful. These sideline beauties are so hot that every sports player would love to being interview by them. So, let’s look at the list of hottest female sports reporters ( the list is in no particular order).

A Scottish sports journalist, Kirsty Gallacher wanting to be a fashion journalist but became a sports journalist. She has been part of SkySports since 1998 and worked with many other sports channels in the UK for shows such as 90 Minutes, Soccer Extra, Kirsty, and Soccer AM.

An American sports reporter, Britt McHenry, started as a reporter for WJLA-TV, ABC Television’s Washington affiliate but currently works for ESPN as a Washington, D.C.-based reporter. She was a member of Stetson University’s soccer team.

The Mexican hottie is also a beauty pageant titleholder who competed in the Miss Universe 2003 pageant, held in Panama. she is now a full-time sports reporter at Televisa Deportes.

She worked as a freelance reporter and presenter for ESPN and NBC before becoming a sportscaster. She currently works for NBA TV as the host of NBA Inside Stuff and is the first woman to be hired by the network.

An Emmy Award-Winning American sports broadcaster, Jenn Brown, played for Division I Collegiate Athlete for the University of Florida. Jenn Brown is a charming female sports reporter who worked for Showtime and hosted “inside the NFL show. She has also covered Boxing and MMA before moving to ESPN.

Alex Curry also started her career as a free reporter with Fuel TV and NBC. Now she hosts Fox Sports NET and works as a reporter for Los Angeles Angels (Baseball).

UK’s popular sports presenter, Georgie Thompson, has hosted many football-related shows. She has covered major sporting events for the SkySports network, including the US Open Tennis. She has been part of Sky’s coverage of the A1 Grand Prix, Grand Prix Masters, Speedway World Cup, Race of Champions, America’s Cup and the 2011 Wimbledon Championships.

American model and TV presenter Katherine Webb is not a full-time reporter who did go on to cover the inside edition before the Superbowl. She is best known for her appearance during the broadcast of the 2013 BCS National Championship GameS, where ESPN’s Brent Musburger spotted her in the crowd and called her a beautiful lady.

She is one of the beautiful female sports reporters in the US. This American beauty, Charissa Thompson, is a sportscaster with Fox Sports 1 and NBC. She became the host of Fox Sports Live on the new Fox Sports 1 network.