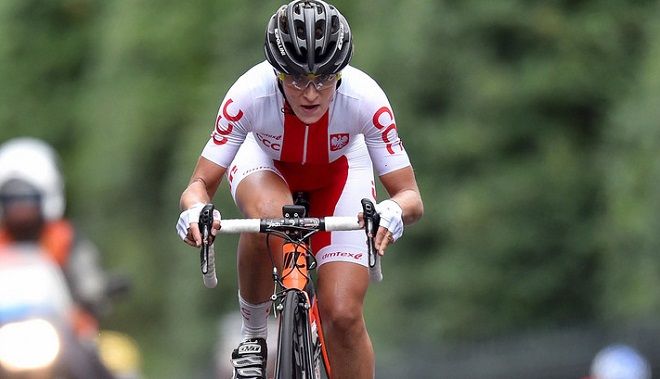 World’s Highest-Paid Sports: For years Sports has been a significant source of substantial Income and entertainment, this has often been a motivation for athletes to pick up a sport and Excel in it. Sportspersons earn millions even after the end of their careers through brand endorsements or getting into the line of commentary and broadcasting.

It is a challenging field and not everyone’s cup of tea. Still, the highest-paid sports players in the world like Cristiano Ronaldo, Tiger Woods, Floyd Mayweather, or Michael Jordan have proved one can make billions if they succeed in a particular sport. The sports listed here are some of the Highest-Paid sports in the world.

If you have doubts about whether cycling should be in this list, you should go and check Lance Armstrong’s net worth and earnings back in his day before his tale of controversies. He had earned 9th place in the Forbes list of Richest Players in 2010 with a total income of $28 million. Cycling has been one of the most popular sports in European countries like

Belgium, Denmark, France, Germany, Italy, the Netherlands, Spain, and Switzerland. Tour de France, The. d’Italia is one of the highest-paid and prestigious cycle racing tournaments. The sport also attracts a lot of brand endorsements as it is part of the Olympics and has a vivid range of accessories in the required kit.

As well as being one of the fast-paced and physically demanding sports, it is also among the highest paying sports in the world. The total salary of players in different NHL teams ranges from 1.54 million to 3.54 million.

The game has complimented several successful and wealthy players starting from Wayne Gretzky, the legendary ice hockey player who ranked 5th place in the Forbes list of highest-paid athletes in 1994 with a total income of $13.5 million. To players like Sergei Fedorov, who also made his name, ranking 3rd place in the list in 1998 with $29.8 million total Income.

Players are receiving vast amounts of money to entertain the crowd with their spectacular performances. Indian players are the largest gainers from the sport, as cricket is a religion in the country players like Sachin Tendulkar, Virat Kohli, and Mahendra Singh Dhoni have made a fortune from playing for the nation.

They are ranked very high in the list of highest-paid athletes and are among the wealthiest personalities in the country.

Tennis is one of the most common recreational sports which is played and followed by millions worldwide. WTA Tours, without a doubt, marks its name as one of the highest paying tournaments in the world.

The Swizz tennis legend Roger Federer is an excellent example of how much money tennis can bring to you, and he is currently ranked 5th in the Forbes list of highest-paid athletes with earnings of around $93.4 million. He gets the majority of his gains from brand endorsements, about $86M, to be precise.

Grand Slam tournaments like US Open, Australian Open, Wimbledon have huge cash price winnings and are heavily sponsored by big brands and companies. It involves big sports brands such as Nike, Puma, and Adidas, and top-ranked players like Roger Federer, Rafael Nadal, Djokovic, and the William sisters earn millions.

American Football is one of the highest paying and popular sports In the world, especially in the United States. The NFL’s Superbowl event is a cash flow event of its own…it is one of the most-watched events across the globe, and the halftime show stars huge Hollywood and pop celebrities and their performances.

NFL star Deion Sanders achieved the 3rd place in the Forbes list in 1995 with a total income of $22.5 million and famous NFL quarterback Peyton Manning ranked 3rd in the Forbes list of Richest Players in 2004 with $42 million. These players surely get their wallets full for risking their lives and putting their bodies on the line in this dangerous and highly competitive sport.

Russell Wilson and Aaron Rodgers are the current highest-paid American Football players ranking 6th and 7th on the Forbes list with earnings of $89.5 million and $89.3 million, respectively.

One thing is for sure whether it be boxing, mixed martial arts, or the illustrious WWE wrestling, combat, or professional fighting sports are a huge blockbuster and mint a lot of cash for the participants as well as the broadcasters. It is estimated a professional boxer’s average salary is $51,370, UFC fighter salary average is $138,250

and a WWE wrestler’s average salary is $500,000.In this sport, a boxer or an MMA fighter earns money for every fight and not a regular salary; the above is approximate earnings. The UFC and MMA are gaining popularity with fighters like Connor McGregor and Khabib.

Floyd Mayweather is one of the wealthiest boxers in the circuit and has moved pro level boxing to an extremely different level, and he has a net worth of $505 million. Canelo Alvarez is the current highest-paid boxer, 4th on the Forbes list with $94 million earnings.

Tiger woods is the living proof of Golf being one of the highest paying sports in the world, and he is one of the most successful athletes of any genre. Tiger still holds the record of attaining the 1st place in the Forbes list of Richest Players for record eleven times that too for ten consecutive years between 2002 to 2011 and reaching as high as 110 million earnings a year.

The Average Salary of a Professional Golfer is estimated to be around $628,079.

From Formula 1 to NASCAR racing or MotoGP, the love for fast vehicles has always generated unprecedented numbers, whether it be the number of fans or money. It is a high-income sport, and supercar brands compensate for the life-threatening risk taken by race drivers. A NASCAR driver’s salary averages around $112,038 and a MotoGP driver’s average salary is $2.5 million.

F1 legend Michael Schumacher achieved the first place of the Forbes list of Richest Players in 1999 with a total income of $49 million, and he managed to retain the spot the next year also with total revenue of $59 million. LCR Honda Castrol’s MotoGP racer Cal Crutchlow comfortably earns $2.5 million for driving his Honda RC213V.

Football has always attracted money, whether it be big champions league or world cup matches or record-breaking transfers of world-class football players. Elite players bag a lot of money and cash rewards for showcasing their talents and gifted skills in front of their clubs and country.

Most popular football players like Lionel Messi, Cristiano Ronaldo, and Neymar occupy the top 3 spots in the Forbes list of highest-paid athletes in the world with earnings of $127 million, $109 million and $105 million respectively. Football players earn more money from their match winnings and salary than endorsements.

The average UEFA player salary is between $6 million-$8 million, EPL player salaries average around $3.2 million, and La Liga’s wages average about $1.6 million. Football also attracts a lot of brands like Nike, Adidas, Puma, who are heavily invested in top clubs and top players.

Basketball or NBA is undoubtedly among the highest paying sports in the world with tons of sponsorship deals and huge salaries. In 2018-19 the NBA players earned an average salary of $7,422,823 as there are fewer NBA teams compared to football and other team-based sports, which enables franchisors to dedicate more resources to recruiting players.

This sport has produced numerous stars starting from Michael Jordan to Shaquille O’Neal, who are enjoying their earnings after retirement. Still, among the current group of top basketball players, LeBron James is leading both in the court and purse wise, ranking 8th on the Forbes list with $89 million.

Closely followed by talented ballers Stephen Curry and Kevin Durant at 9th and 10th place with $79.8 million and $65.4 million, these players bag most of their Income through big endorsement deals.