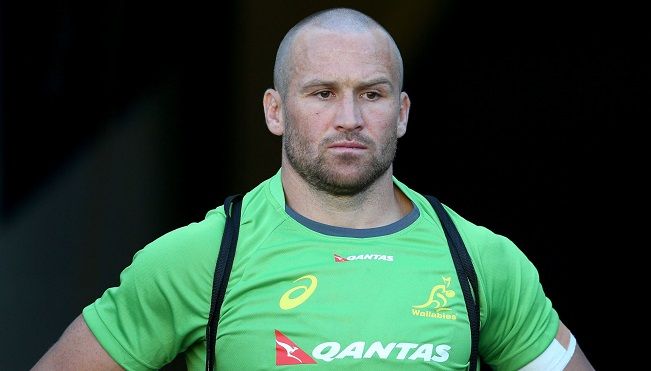 Rugby is one of the most played team games in the world and Rugby world cup is the third most-watched sporting event in the world. Check out the list of highest-paid Rugby players in the world.

Rugby is a quite popular game in Europe and team France and England compete at the highest level every year in Footballs Champions League style European cup plus the home league systems. With Rugby’s huge popularity there comes sponsors and tv deals money which gives money to players.

Let’s take a look at highest paid Rugby players in the world, most of the players are playing for European clubs were 9 of the top 10 highest-paid players are from French teams.

Matt Giteau is playing for Suntory Sungoliath and the Australian rugby player is enjoying with the team. He also helped the team to win the domestic title.

The former All Black signed a huge deal with Pat Lam’s Bristol which made him the British rugby’s first million-pound player.

Europe’s top club Saracens signed him for a long term which makes him one of the highest aid rugby player. He also currently active in international rugby for England. It is also said that Owen Farrell and Maro Itoje are the England rugby team’s highest-earning players.

English professional rugby union player, Owen Andrew Farrell playing for Premiership Rugby side Saracens after signing a long-term contract which increased his earning to £300,000 a year.

Steve Luatua is a New Zealand rugby union player and a recent deal with Bristol Bears to play in the English Premiership makes him one of the highest-earning player in the world. He is the captain of the Bristol Bears and a key player.

Ayumu Goromaru is a Japanese rugby union player who is currently playing for the Yamaha Júbilo and Japan internationally.

Daniel Biggar is currently playing for the club Northampton Saints. He has played brilliantly for the club after signing.

Irish rugby union player, Jonathan Sexton plays for Leinster Rugby and nationally for Ireland. He is the captain of Leinster and the Ireland national team.