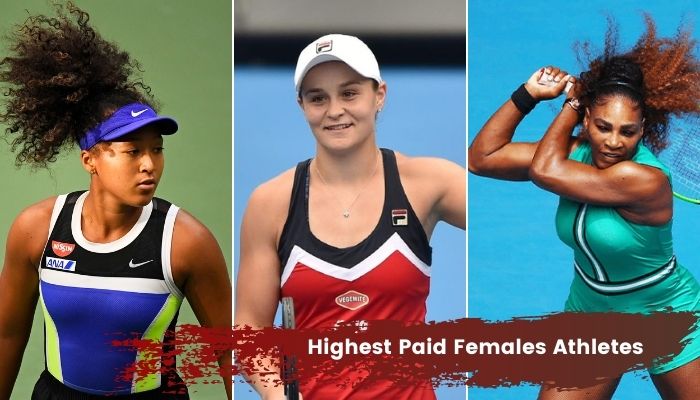 Women are walking shoulder to shoulder when it comes to earning and especially earnings from the sports world. The fan following from the previous decade for the female athletes have been increased whether it’s football or tennis. The leading business magazine Forbes has revealed the world’s highest-paid females athletes list and nine out of 10 sportswomen on the list are tennis players.

In the game of tennis, the female athletes are mostly watched across the world and the stars like Serena Williams, Naomi Osaka, Ashleigh Barty, etc currently the world’s highest-paid female athletes.

The only non-tennis player on the list is Alex Morgan who is a United States international footballer ranked 10th on the Forbes List. The large chuck of her income comes from brands endorsements of brands such as Nike, Coca-Cola Volkswagen, AT&T, etc.

Japanese Tennis Sensation Naomi Osaka is the highest-paid female athletes in the world with earnings of $37.4 million. The large sum of her revenue comes deal with the Nike which gives her $10 million annually along with brands endorsements from Nissan Motor, Shiseido and Yonex.

The crown was consistently held by the American Tennis Star Serena Williams who is now a second-most highest-paid female athlete. The 21st century Tennis sensation, Williams holds the most major singles, doubles, and mixed doubles titles combined amongst active players, male or female. Williams earned a total amount of $36 million from endorsements and prize money.

The world’s No 1 WTA player, Ashleigh Barty is the third highest-paid female athlete in the world with an income of $13.1million.