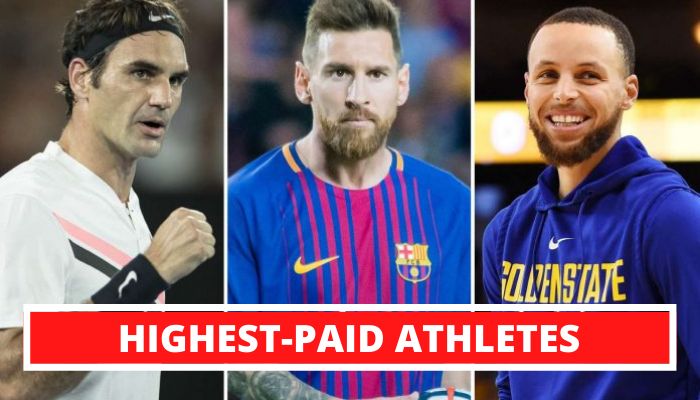 2020 was a troublesome year for everybody, even the world’s best athletes were forced to stay away from their respective sports, but only for a few months. They were allowed to practice as the situation got better but had to undergo many struggles which included pay cuts, playing at empty stadiums and strict biosafety bubbles. But still, the world top athletes manage to pockets a massive amount of money, here are the world’s top 10 highest-paid athletes in 2023.

Even though the sporting industry incurred heavy losses during the pandemic, these sports stars still managed to earn handsome amounts in the year.

According to sources, the combined income earned by the 10 highest-paid athletes in the world amounts to $1.05 Billion which is 28% more than last year’s top earners. This is the first time that four athletes have earned over $100 million individually.

The list of top 10 Athletes who earned the most this year.

Conor McGregor is the highest-paid athlete of 2023. The Irish MMA fighter earned $180Million, out of which around $158 million came off the field. He earned maximum through the sale of his whiskey brand Proper No. Twelve which alone got him $150 million. He won $22 million from his match against Dustin Poirier.

Lionel Messi was in the spotlight last year after a dramatic fiasco that almost saw him leaving FC Barcelona. Like many footballers, Messi had to take a pay cut because of the Pandemic.

According to his contracts, the Argentine earned a $97 million salaries on the field. Along with his salary, Messi also earned endorsements with Adidas, as well as a clothing line designed by Ginny Hilfiger. His total income for the year was around $130Million.

Cristiano Ronaldo is one of the most famous sportspersons in the world. The Portugal captain earned $120 this year. These earnings include his annual salary of around $64 million and his own business ventures including perfume lines, hotels and restaurants. Ronaldo also has a lifetime sponsorship deal with Nike which gets him sizeable money.

Prescott recently earned a four-year contract extension with NFL side Dallas Cowboys which will gain him a bonus of $66 million. He has endorsement and sponsorship deals with Sleep Number, 7/11 and DirecTV and investment in the restaurant chain Walk-On which earns him around $107 million dollars.

Lebron James is undoubtedly one of the most successful basketball stars. The Lakers players are the 5th richest on the list and earn $96.5million. Outside basketball, he has sponsorship deals with PepsiCo, Fenway Sports Group.

Through the Fenway group, he has recently become a stakeholder and part-owner of Red Sox, Liverpool FC and Roush Fenway Racing

Neymar has become a style icon over the years. The PSG forward has deals with Puma, Fortnite which combined with his salary earned him $95 million. He has recently signed a contract extension with the French club that will see him remain at PSG till 2025.

This contract will increase his salary to 30 Million Euros per year. The Brazilian joined PSG from Barcelona for $270 million in 2017.

Still going strong at the 39, Federer shows no sign of ageing. He did not have much involvement on the court but still he has earned $90 million. Majority of these earnings are from off the court dealings. The swiss tennis star has sponsorships with On, Rolex, Credit Suisse and Uniqlo.

Lewis Hamilton is regarded as a living legend of Formula 1 racing. After his recent championship victory, he has won his sixth Formula 1 championship in seven seasons. He won 11 races last season that earned him $82 million. He also earns from his endorsement deals with Tommy Hilfiger, Monster Energy and Puma.

Kevin Durant has now gained recognition beyond basketball as well. His firm Thirty-Five Ventures helped him earn the majority of the 75 million. He was a producer of the Oscar-winning film Two Distant Strangers. He purchased a stake in MLS’s Philadelphia Union last summer which is one of the perks of begin the highest-paid Athletes in the world.