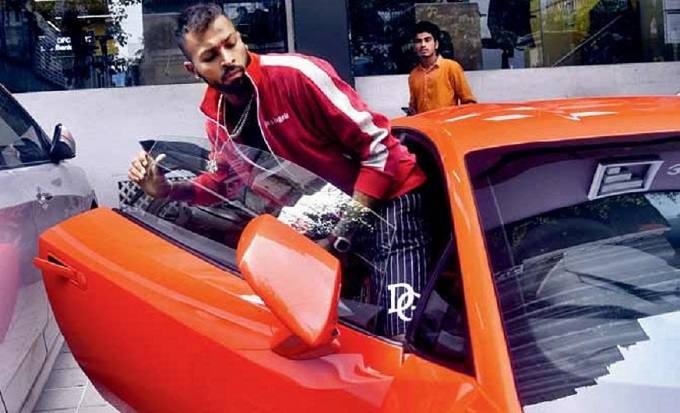 “Kung Fu Pandya” as the fans call him, Hardik Pandya is the spotlight of every match he plays and a valuable player for the Indian Cricket team. Right now he is one of the popular cricketers which helps him get deals, contracts, endorsements and leads to an increment in Hardik Pandya net worth.

The perfect all-rounder provides a three-dimensional outlook to the side with right-arm medium pace, extraordinary power-hitting skills, and outstanding aggressive fielding approach.

The 27-year-old is a growing style and fashion icon and is making a name for himself as a celebrity, recently engaged with Bollywood actress and model Natasa Stankovich. He plays as a pace-bowling all-rounder for the Indian team and defending IPL champions Mumbai Indians.

Pandya is one of the highest-paid cricketers which also reflects in his net worth. The large sum of his net worth comes from the IPL where he earns around ₹13 crores. Hardik Pandya’s current net worth estimated to be $1.5 million.

He is one of the highest-paid players in the Indian Premier League (IPL), with a retainer fee salary of Rs 11 crores in IPL 2022 for being a part of the Mumbai Indians. Hardik’s monthly salary is Rs 25 lakhs before tax and can increase considering his pivotal role in the team.

He earns the majority of his money from personal investments and brand endorsements for companies like Monster Energy, Hala Play, Gulf Oil, Star Sports, Gillette, Zaggle, Sin Denim, EUME, D:FY, boAt and Oppo. Hardik has been charging 1.25 to 1.5 CR per endorsement deal.

However, last year saw a low in his endorsements deals due to his sexist comments and controversy in the celebrity Talk Show Koffee with Karan.