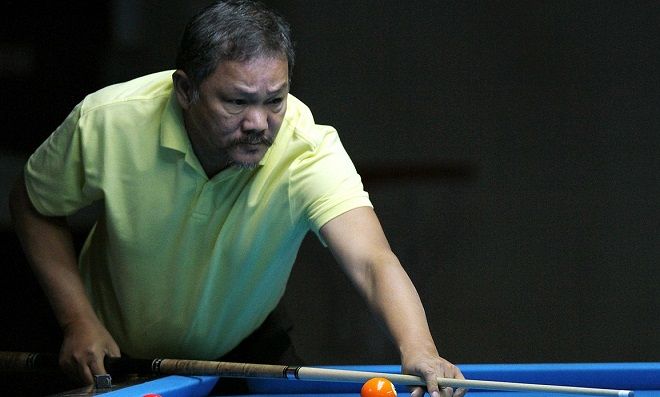 Pool or Pocket billiards is a classification of complex cue sports. It is played on a rectangular table with six pockets along the rails, into which balls are to be dropped. Each specific pool game has its name; some of the better-known include eight-ball, blackball, nine-ball, ten-ball, seven-ball, straight pool, one-pocket, and bank pool.

To become a best pool player, one requires crucial qualities like focus, precision, skill, and patience. Pool players are respected everywhere as they ooze elegance and finesse and have an air of refinement and poise. It is a part and parcel of playing a sophisticated sport like the pool. Here is a list of the Top 5 greatest pool players of all time. Efren Manalang Reyes, nicknamed ‘The Magician’ or ‘Bata,’ is the greatest pool players ever to wield the pool stick. The 65-year-old was born in the Philippines and was the first player to win world championships in two different disciplines in the pool. Pool analysts, fans, and former players consider him to be the greatest pool player of all time. He has achieved more than 80 international championships until now.

Efren moved to the U.S. after playing for his country, for hustling after which he won $80,000 in a week. Fans say he was like a wizard with his wand whenever he played on the pool table with shots that looked magical and impossible. Ralph Greenleaf was an American professional pool and carom billiard player born on (November 3, 1899, in Monmouth, Illinois). He was famous for his skills to manoeuvre the balls on the pool table, and his charisma dominated the sport from 1919 through 1924 and intermittently from 1926 to 1937.

Ralph mainly contested in the game of straight pool, which varied in format from contest to contest during his days. In his death obituary on the New York Times, in March 1950 was written, “What Babe Ruth did for baseball, Dempsey did for fighting, Tilden did for tennis…Greenleaf did for pocket billiards.”

READ: Greatest Swimmers of All Time Mosconi inaugurated and regularly used numerous trick shots, set many records, and helped to popularize pool as a social recreation activity. He was also a technical advisor in the 1961 film The Hustler starring Paul Newman, and the film played a leading role in the boom in the popularity of the pool. Luther Clement Lassiter, Jr. was an American pool player from Elizabeth City, North Carolina, and born on November 5, 1918, and nicknamed Wimpy. He had excellent hand-eye coordination from a young age and was recognized as a wizard in the game of nine-ball. Luther is widely considered one of the greatest players in history in the nine-ball pool. Luther was remarked as the undisputed king of the pool hustlers in his peak days. Rudolf Walter Wanderone Jr. was another extraordinary American professional billiard player born on January 19, 1913, also known as “Minnesota Fats,” which he adapted from the 1961 film The Hustler. He is the brother of greatest pool players of all time Luther Lassiter. However, Rudolf never won a major pool tournament as “Fats,” he was the most publicly recognized and controversial pool player in the United States; he was an entertainer.

He started playing pool at a very young age and became a traveling pool hustler in his teenage days. Minnesota Fats hustled service members in Norfolk during World War II and eventually became a folk superstar.