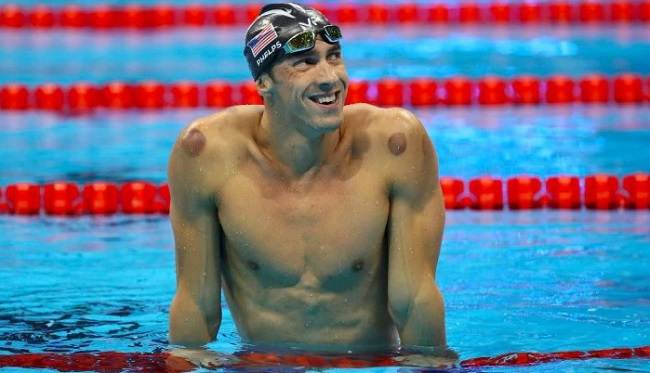 Americans are almost ahead in every sport when it comes to the Olympics, but they are undisputed champions when it comes to swimming. The United States is home to nearly all of the greatest ever or legends of the sport swimming. Swimming is part of their culture, and parents encourage their children to take up swimming as it has chances of providing them with scholarship opportunities in good colleges. Getting to be an All-American swimmer is a matter of pride in America. Here is a list of America’s greatest swimmers of all time Michael Phelps is the most celebrated and greatest swimmers of All-time not only in America but all over the world. Phelps is a ruthless record-breaker and holds the unparalleled record for the most Olympic gold medals, with a total of 23 medals overall in his Olympic career. Michael has been the most successful athlete at the last four Olympics consistently.

Michael earned Sports Illustrated magazine’s Sportsman of the Year award due to his fantastic Olympic success in the 2008 Games. He has surprisingly won more medals than 161 countries.

Phelps has an unusual streamlined physique with arms spreading longer than his actual height, relatively short legs, feet which are 14sizese enact like flippers and hypermobile ankle are better than that of a ballet dancer. He proclaimed his second retirement in 2016 after the Rio Olympics.

Phelps is the world record holder in the long course category for the 200-meter butterfly, 100-meter butterfly, and 400-meter individual medley. He has also won the World Swimmer of the Year Award seven times. Phelps has won the American Swimmer of the Year Award nine times. He has set 39 world records (29 individual, ten relays), which is more records than any other swimmer. Spitz was named as World Swimmer of the Year in 1969, 1971, and 1972. He also set 33 world records. Spitz won seven gold medals at the 1972 Summer Olympics in Munich, all in world record time. Spitz was enlisted into the International Swimming Hall of Fame in 1977. Mark Spitz held the previous record of 33 world records (26 individual, seven relays). Matthew Biondi, known as the California Condor for his vast wingspan, is a legendary American swimmer and one of the most excellent American swimmers of all time. Matthew is a member of the International Swimming Hall of Fame.

He had won just one relay gold in his debut Olympics but came to all guns blazing in his second trip in Seoul in 1988, and steamrolled over his competitors to clinch seven straight medals, 5 of which were golds, creating four new world records along the way. Dara Torres is another swimmer in the long list of great American swimmers. She was away from the sport for seven years but then decided to make a return at the Sydney Olympics 2000, where she won a total of 5 Olympic medals. The 52-year-old was 41 when she broke the record of the oldest swimmer to win a medal at the games during the 2008 Beijing Olympic Games. Natalie Coughlin is the greatest female American Swimmers of All-time tied with Dara Torres and Jenny Thompson. Natalie became the first female swimmer to defend the 10 m backstroke title at the Olympics after her victory at the 2008 Beijing Olympics and 2004 Athens Olympics. Also, in 2008, she equalled the women’s Olympic record of winning the highest number of medals (6) in a single Games.