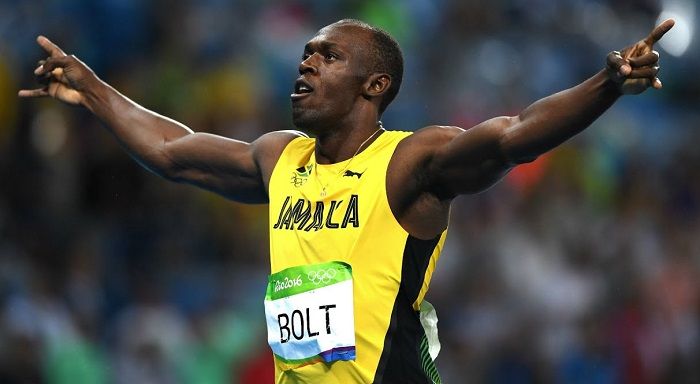 The Tokyo Olympics 2022 is all set to kick off in July, before that let’s look at the world’s fastest Olympic runners.

Sprinting is an exhausting sport, and it takes years of practice and exercise to perform on the global platform. The average human running speed is 19 mph, but it’s their hard work that sprinters can touch a speed of 27 mph.

The sprinting tracks have seen the great likes of Carl Lewis, Usain Bolt, and Yohan Blake. And who can forget the world record of 9.58 set by Usain Bolt in 2009! Coming back to 2022, the sprinters are pushing the limits. Tokyo Olympics 2022 will begin on July 23 in Japan. Ahead of the event, let see some of the fastest runners in the world.

Richard Thompson, who hails from Cascade, Trinidad, and Tobago, is popularly known as the Torpedo. The sprinter aced the top-notch speed of 9.82 in 100 m events, making him the 10th fastest sprinter in the world. Thompson has won a silver in the 2008 Beijing Olympics in the 100 m sprint category.

Steve Mullings hails from Saint Elizabeth Parish, Jamaica. The sprinter has hit his top speed of 9.8 in 100 m, making him one of the fastest men in the world. The 38-year-old has never won any medal or, in fact, never participated in any Olympics event. He was also given a lifetime ban from sprinting in 2011.

Maurice Greene hails from Kansas City, Kansas, United States. The Sprinter hit a speed of 9.79, and that was the world record at that time. Greene has won 5 Olympics medals and out of which 2 gold came at 2000 and 2004 Olympics for 100 meters. He is one of the fastest personin the United States.

Who Does not know about Nesta Carter? Carter hit the top speed of 9.78. Banana Ground, Jamaica. He is ranked the 7th fastest sprinter in the world. Carter has not won any medal in the 100 m race and adding on, and he further was stripped from his medals due to doping.

Christian Coleman hails from Atlanta, United States. He is just 24 years old and already hit the top-notch speed of 9.76. Hence the speed has won him the 6th position for best sprinters in the world. America’s fastest man has won gold in the 2019 Doha World Championships for the 100 m race.

Justin would have been the world’s first fastest man when he completed a 100m sprint in 9.45 seconds to break Usain Bolt’s record. But he was denied the title because he was believed to have been assisted by massive wind turbines. But as of now, his official best speed is 9.74. Hence, Gatlin is the 5th Best Sprinter in the World.

Asafa Powell hails from Spanish Town, Jamaica. He held the world record for being the fastest sprinter from 2005-2008 before Usain Bolt. He has won the gold medal in the 2016 Olympics for the 100 x 4 relay competition. Asafa Powell is the 4th fastest men in the world.

Yohan Blake hails from St. James, Jamaica. He is popularly known as the ‘Beast’. Yohan Blake is the 2nd fastest Runners in Jamaica with a top speed of 9.69. He has won gold in the 2012 and 2016 Olympics for 100 x 4 replay competition. His current training partners include Usain Bolt.

Tyson Gay is the fastest human in the USA. He hails from the United States Of America. He became the world’s second-fastest sprinter when he completed a 200-meter race in 19.58 seconds. His top-notch speed in 100 m is 9.69.