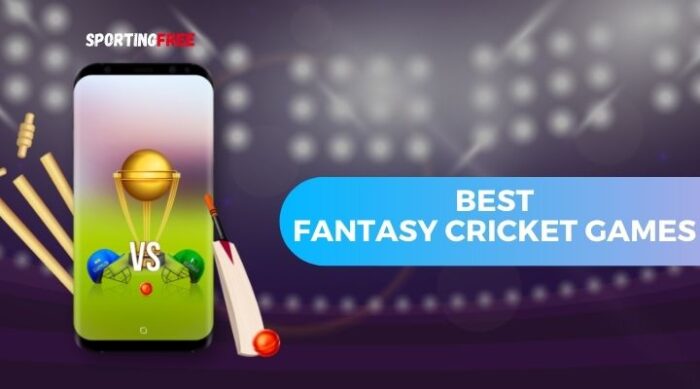 Yes, the much-awaited fantasy cricket season has arrived, fans can make their own dream team for each match and compete in several contests to win big money. Fantasy Cricket games are the town’s talk after, we have seen many success stories of people who won crores by just playing fantasy league.

To succeed in fantasy cricket games, one can’t merely depend on sheer luck but has to have predicted and analyze each game and each player’s outcome and performance to make it count on their dream team and win huge cash prizes.

Entering and participating in any fantasy cricket platform is quite simple. First, you have to download the app then register with your necessary details.

Then select a particular contest for an upcoming match, you can choose the contest you would like to participate in the basis of entry fee, no. Of winners, total spots, or prize pool.

Here comes the most crucial step: choosing your perfect playing 11 from both competing teams of the match to earn points based on the player’s performance on the particular game.

These are the best fantasy cricket apps in India who are ruling the online fantasy gaming industry right now.

Dream11 is India’s leading and oldest most trusted cricket fantasy app with 8 Crore+ participants. It’s got the official fantasy game license for ICC and IPL.

It has also received huge investments from several top companies that have allowed it to sponsor the Indian Premier League this year. They are the market leader and India’s best cricket fantasy game.

Dream11 completely dominates the market, winning about 80 per cent of the market share.

More than 100 contests available for a single IPL match various prize winners, entry fees, and spots. One can start playing with a minimum entry fee of Rs 15 up to a limit of Rs 9.999.

Prizes start from Rs 25 and go up to Rs 18 Crores (distributed between the lakhs of players). Many regular tournaments are going on, and a lot of money needs to be made (or lost) on them. Users can also engage in surveys and receive bonus cash through referrals.

MyTeam11 is the second most popular fantasy apps after Dream 11. The only difference is that some fewer teams and clubs raise the odds of winning in single bet matches.

The MyTeam11 fantasy cricket game is one of the fastest-growing fantasy gaming sites and has Virender Sehwag and Danny Morrison as their brand ambassador. MyTeam11 is said to have more than 70 million players as its user base and is rising fast.

Also, there’s a free league in which players can gamble without paying anything and win good cash prizes.

In MyTeam11, you can enter a contest for a minimal fee of just Rs . 10 and make multiple teams to increase your odds. It is a very user-friendly app.

FanFight Fantasy Cricket App – FanFight is most trusted by 12 million users and Leading Top Cricket Fantasy Platforms in India. In 2013, FanFight was created by three experienced business professionals with more than 20 years of experience each.

Fantasy Cricket lovers can play online at FanFight & Win Cash every day. Users can participate in fantasy cricket games and tournaments such as the IPL and ICC T20 League World Cups.

Suppose you Download the Fantasy Cricket App, you get Rs.30 Cash Bonus. Playing with the FanFight App would help you raise your Winnings 20x higher than any other Fantasy League Cricket Games.

The fantasy cricket game, FanFight has become a favorite fan app as apart from cash prizes, they also give expensive gadgets as prizes for several contests.

This has led to a dispute and claims of conflict of interest. My11Circle is part of Games24x7 and is created by RummyCircle makers who have 10M+ Indian users.

My11Circle has international as well as domestic cricket matches to choose from on its contest page. Players can choose from practice or cash games after registering on the app.

With My11Circle, you can set up an 11-player team for every match and compete with cricket teams in more than 50+ contests to make real money. They are also providing up to Rs.500 bonuses to the new members, which can be used in any of the leagues in question.

If you score more points than an expert (Saurav Ganguly, Shane Watson, or Rashid Khan), you win 2X prize money and a 25% discount at Weekly Crorepati. If you beat them five times, you’ll get a free ticket to the Sunday weekly contest.

Paytm First Games (PFG) featured cricket’s legend and Indian cricket icon Sachin Tendulkar as its brand ambassador. Paytm First Game, a relatively new player in the fantasy game sector, is expected to make a big splash as it is backed by PayTM’s marketing machine, one of India’s fastest-growing and top 10 brands.

Media reports state that the PFG has dedicated Rs 300 crore to invest in fantasy sports and other online gaming activities during this financial year.

It features a paid Fantasy Pass that guarantees you one free entry in mega contests (Rs 2 crore) of all IPL matches. You can also play free contests, but the winning amount is only Rs 2 per game.

It’s mostly for people who are new to fantasy cricket. There are 40+ competitions per IPL competition fee starting from Rs 2 to around 6k, while the prize amount is at least Rs 30 and max Rs 2 crore.

The online fantasy cricket gaming industry has now become very competitive and to differentiate from others, every app tries to come up with unique features.

All the above companies are the best fantasy cricket games in India which directly reflects in the number of users using it. The user base increased from 20 lakh in 2016 to 9 crore in 2019 according to KPMG.