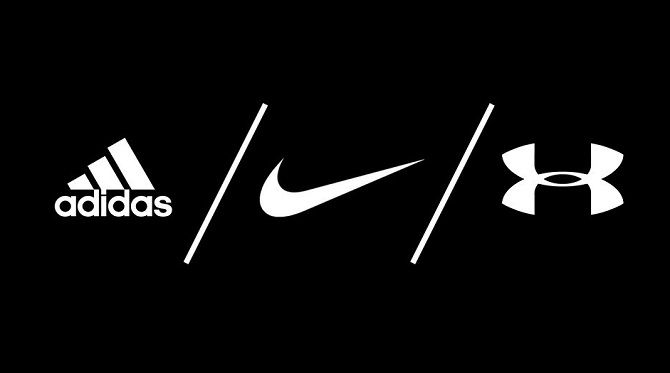 Do you know about the biggest sports brands in the world? If not then here’re the world’s richest sports brand in terms of revenue. The Sports sector is one of the major attractions in the World especially for the purpose of entertainment and leisure times. People across the world in majority follows either any one of the Sports events and cheer its team.

In the past few decades, Sports Market has boomed enormously and the Sports Brand and the Companies had grossed their turnovers more than double as of now. Talking about the sports business it is more competitive than the competitions between athletes. READ: Most Watched Sports Leagues

The people who admire and follow their sports sensation automatically preach the Brand that is associated with the sports star. Even the television networks race between themselves to broadcast certain sporting events. In addition, different sports brands also take part in this competition to sponsor some of the Well Known sports sensations in the World of sports. So, let see the top sportswear brands in the world.

MSG Network has been broadcasting the exclusive events of New York Giants since 2010. The sister of this channel, MSG Plus also broadcast the NHL games with special attention to the New Jersey Devils and New York Islanders. The estimated worth of MSG Network in 2013 was increased by $70 million and now it is about $300 million. MSG Network is one of the biggest sports brands in the world today.

New England Sports Network is the Full form of NESN is the regional television channel in the six New England states in the USA. NESN mainly broadcasts the games of the Boston Red Sox and the Boston Bruins. They also cover the news of regional college basketball games. The channel was launched in 1984 and moved to be the basic cable network later in 2001. They offer a monthly subscription fee of $3.56, which is the 3rd highest fee charged by any regional sports network in the United States.

YES, Network also known as the Yankees Entertainment and Sports Network is the primary broadcasting network of New York Yankee and Brooklyn Nets. The YES Network is officially based in Manhattan. YES Network has an average annual turnover of $625 Million.  Global advertisement is the main money source for the YES Network. They earn more percentage of money than any other regional sports network in the world.

Under Armour is a famous American sportswear and accessories company, which was founded in 1996. They firstly invented the moisture-wicking shirts that were made from microfibers. This clothing helped the athletes a great deal by keeping them dry and preventing the discomfort of being in a sweat-soaked shirt. In 1999, the Under Armour clothing company got the task of being the outfitter for two Warner Bros movies,

My personal Favorite Brand is Adidas which is a part of Adidas Group (AG), which also includes Reebok, TaylorMade, Rockport and a small percentage of Bayern Munich Football Club. The company was founded by Adolf Dassler, following a split with his brother, who went on to form another Sports brand Puma. Thus the rivalry between Adidas and Puma has started and still remains today. Adidas is one of the world’s biggest sports brands.

ESPN or Entertainment and Sports Programming Network which broadcasts live events from almost all sports and also live telecasts sport talk shows, sports documentaries, and sports news shows. The channel is available on cable and reached over 85% of Americans. The subscription fee is $5.50 per month, which is the highest monthly subscription fee of any cable television network. ESPN was founded in 1979 and headquartered in Bristol, Connecticut. ESPN stands 2nd in our list of biggest sports brands in the world.

The US leading Sports Manufacturing company, Nike is the biggest sports brand in the world. They are the worldwide leader in athletic footwear. Nike dominates almost 20% of the sports footwear market and according to Forbes, that Nike has outperformed the Dow Jones United States footwear index by 50% in the last five years. After being founded in 1964, Nike was initially known as Blue Ribbon Company, which was owned by Bill Bowerman and Phil Knight.