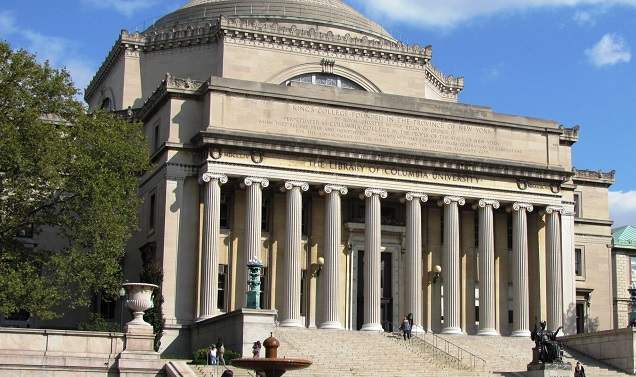 Here are the top 10 best sports academies in the world based on production levels and performances in recent years.

There are many aspects and dynamics to be considered while judging and shortlisting the top 10 best sports academies in the world. So we have done all the hard work and made a list of the world’s best Athletic institutes that has produced top-level athletics across sports such as Football, Tennis, Baseball, Hockey, Rugby, Cricket and many more.

Some of these institutes are better known for their academic history and performances.

Football or soccer is the most popular sport, with more than four billion fans around the World. Barcelona’s youth academy, which is popularly known as La Masia, is regarded as the best academy for football for several years. The academy in 2010 had achieved an exceptional feat, having trained all three eventual Ballon d’Or finalists: Andres Iniesta, Lionel Messi, and Xavi.

The credit for establishing La Masia goes to Johan Cruyff, the former Barcelona coach and the man behind the infamous tiki-taka style of football played by Barcelona, who wanted to build an Academy in Spain inspired by Ajax.

The primary objective of the academy is to educate, both intellectually and sportingly, the aspiring players of the future.

Four-time European champions, the Amsterdam giants currently have the best football academy in Europe. Both ‘Total Football’ and its most exceptional practitioner, Johan Cruyff, were invented in the Ajax academy. Ajax now holds its place among the top 10 best sports academies around the globe.

The Dutch club has received immense appreciation for their youth academy because Ajax depends heavily on their youth and even won the 1995 Champions League with a bunch of quality young players.

Ajax has sold a lot of their young players in recent years like Wesley Sneijder, Christian Eriksen, De Light, Frenkie de Jong, etc. there but have continued to produce top-class talents. Even after losing more than half of their talented players, Ajax continues to dominate the Eredivisie with their young prodigies.

When it comes to wide spectrum in sports, Loughborough University’s School of Sport, Exercise and Health Sciences is renowned as an internationally recognized centre of excellence for the study of sport, health, and exercise. The University has a compelling tradition in a wide variety of games. The University has dominated university sporting for several years.

Loughborough is at the pinnacle of UK Sports and youth academies. Students from the University won 35 medals in the 2014 Commonwealth Games in Glasgow, Scotland. It’s one of the top 10 best sports academies in the World.

The University of Florida has outshined in sports such as Basketball, American Football, and the Olympics. The University Athletic Association is a non-profit association that is accountable for preserving the University’s team Florida Gators and their intercollegiate sports program in Gainesville, Florida.

The University Athletic Association distributed more $100 million for its sports teams and facilities. The students have to practice daily and go through strict training and exercise. UAA operated by a board of directors led by the University of Florida’s athletic director.

In the Olympic Games about, 145 Gator athletes and 13 Florida coaches have represented 37 different countries since 1968, winning 50 Olympic gold medals, 29 silver medals, and 30 bronze medals in the 2012 summer Olympics.

Birmingham University regularly finishes in the top three of the BUCS championship. The University secured the 2013 Elite Women’s ITU World Triathlon crown in September. It is one of the most famous and widely acclaimed Sports academies, always giving the right services and assistance to its students.

Founded in 1947, German Sport University Cologne (Deutsche Sporthochschule Köln) is Germany’s biggest and most prestigious center of research and teaching of physical education and sport science. Moreover, young Germans who are interested in pursuing a career in sports can get a certified degree from the German Sports Academy in Cologne.

Students have to pass a rigorous physical test even to get considered for admittance, From Badminton to Basketball, Swimming to athletics, this University stays on the very peak of sports.

St Mary’s University College offers over world-class sports training services and facilities to students and staff. And around 20 different student sports clubs and if students feel there is a sport which isn’t included, then one can get in touch with the Athletic Union President.

The University of Alabama provide training and support and is at the top level in sports like gymnastics, basketball, football, baseball, rowing, cross country, golf, soccer, softball, swimming/diving, tennis, track and athletics and volleyball, The University of Alabama have won 25-team NCAA Championships and many more conference championships and individual achievements.

They have facilities and services to compliment Intramural sports, sports for students with disabilities, club sports, and a recreation centre rated amongst the best in the nation. The University of Alabama gives every student a valuable opportunity to participate in the vanity and tradition that define Alabama athletics.

The University of Alberta in Canada is a centre of excellence in the field of sports in the country. The University’s varsity sports programs include almost all popular sports like basketball, curling, golf, American football, hockey, soccer, rugby, swimming, track and field, volleyball, and wrestling. In court, the University’s athletic department supervises over 23 teams and more than 500 students.

If the undergraduate and graduate students pay the Athletic and Recreation Fees, they can avail of the intramural programs conducted by the personnel of Physical Education and Recreation.

The University gives opportunities offered at numerous skill levels and across an assortment of sports to service and complement a range of interests and abilities. They also include traditional and popular games like volleyball, soccer, basketball, and cricket, even some of the less popular sports like inner tube water polo, dodgeball, and wallyball.

The two male and female varsity teams of the University of Alberta are called the Golden Bears and Pandas, they have won 65 national championships since 1961. The University’s men’s ice hockey team has many times won the Canada West Conference Championship over the years.

Ivy league is the best sporting academy in the world, It is an American collegiate athletic conference constituting the best sports teams from the best eight private schools in the Northeastern states of the United States. In America, the name Ivy league arouses the passion for sports and hope to achieve success in their favourite games in athletes.