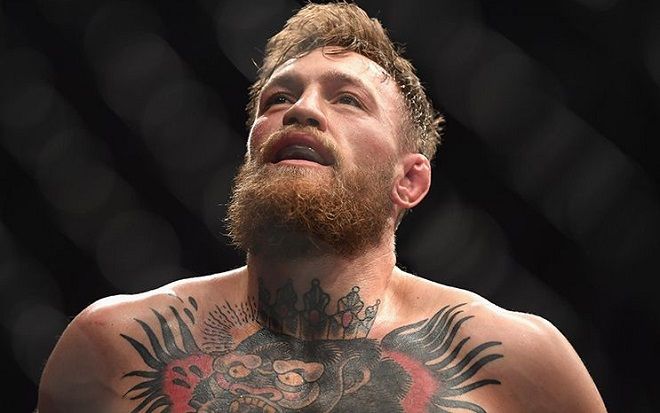 The Best MMA Fighters Of All Time

Conor Anthony McGregor is an Irish professional mixed martial artist and boxer who is one of the world’s most popular and controversial fighters. The 31-year-old is the only fighter in UFC’s history to hold the titles of two different UFC weight classes simultaneously when he was former UFC Lightweight and Featherweight Champion briefly at the same time.

Connor, nicknamed “The Notorious”, is best known as a striker and likes to fight standing up rather than on the ground. McGregor is left-handed and fights mostly out of the SouthPaw position but also moves to the Orthodox position. He would also try to be an aggressor in his bouts.

McGregor’s boxing is generally considered his most exceptional talent, with most of his wins coming as a knockout or technical knockout via punches.

His left-handed pull back strikes are the most lethal weapon in his arsenal. Connor also indulges in psychological trash talk with his opponents to disturb their concentration.

Anthony Armand Ferguson Padilla is an American professional mixed martial artist regarded as one of the toughest and best MMA fighters on the circuit. Tony is a former interim UFC Lightweight Champion. The 36-year-old holds the record for most consecutive wins (12 wins in a row) in the UFC lightweight division. Ferguson is ranked as the no.1 contender in the UFC lightweight rankings and the no.10 in the UFC men’s pound-for-pound rankings.

Ferguson has been part of several high-intensity matches against top tier opponents. His next bout is against the unbeaten lightweight champion Khabib Nurmagomedov. It is expected to be one of the greatest events in UFC history, with two fighters in their prime fight against each other.

Tony isn’t your average mixed martial artist. Within the octagon, he has no established style. Outside the cage, he talks freely and frankly, no regard to how the fans and the media view him.

Demetrious Khrisna Johnson is an American mixed martial artist competing in the ONE Championship and is a former freestyle wrestler. During his time in the UFC, he was the inaugural and former UFC Flyweight Champion. The 33-year-old is the One Championship Flyweight Grand Prix Champion.

He has a diverse fighting style of two bases, freestyle and catches wrestling, which he uses to control and land numerous takedowns. He is a takedown specialist and has landed the most takedowns in UFC flyweight history.

READ: Most Popular Sports in the World

Jonathan Dwight Jones is an American professional mixed martial artist and is regarded as one of the greatest mixed martial artists to step into the octagon ever in the Ultimate Fighting Championship (UFC). The 32-year-old is currently the two-time undisputed UFC Light Heavyweight Champion. He ranks No.1 in the UFC men’s pound-for-pound rankings.

Jon is nicknamed “Bones” and has a creative and unorthodox fighting style; he is very adaptable and lands a range of calculated blows and defensive wrestling. Jones is considered one of the most dynamic, innovative, and continuously evolving fighters in the history of MMA.

Jon uses a mixed kicking strategy, preferring front kicks to his opponent’s body and hands, round-house kicks to his legs and upper body, and Jon’s best-known tactic, the “oblique kick,” a controversial manoeuvre aimed at the opponent’s knee.

Jon also excels in the clinch, where he can manipulate his opponent’s arms and score elbows and knee strikes. He is also gifted with exceptional position control and finds the right openings for punches and strikes.

This Russian mixed martial artist is the poster of UFC right now with his Unbeaten streak of 28 wins and zero defeats. Khabib Abdulmpovich Nurmagomedov is on another level, the only time he even lost a round was against Conor McGregor while defending his lightweight title in 2018. The 31 years old is currently the undisputed reigning UFC Lightweight Champion.

Khabib, nicknamed “The Eagle”, is a wrestling-based style of a fighter; he uses relentless pressure against his opponents, often described as “mauling”. Through a combination of grappling and Judo / Sambo take-offs, he pushes his rivals against the cage and ties their legs and arms to keep them from escaping.

From this position, he tires out his opponents by shifting his weight against them and attacks with continuous blows, which his opponents are often unable to defend. As for UFC 242, eighteen of his twenty-eight wins had been won by either TKO/KO or submission.