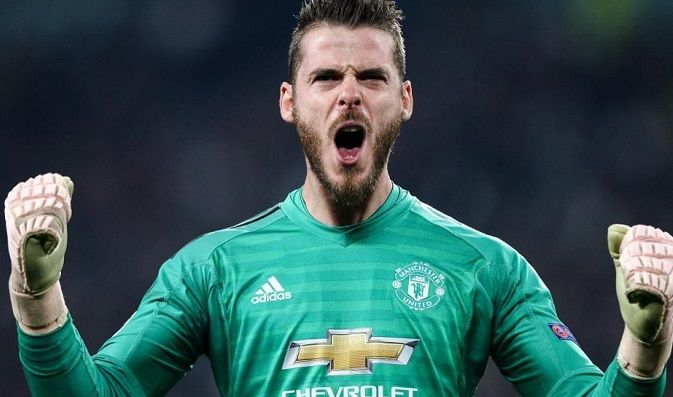 Goalkeepers have always been the heart of the team especially if cub has the world’s best goalkeepers. He is the Lone Rescuer for the team in one on one situations. Although the World has witnessed the legend goalkeepers like Oliver Kahn and Edwin Van der Saar.

The goalkeepers play an important role in the match and will always remain key of the club. The role of the goalkeeper is critical in modern-day football and they can make an impactable difference in the team’s points. These are the best goalkeepers in the world right now and also the perfect example of it.

Samir is a Slovenian professional footballer who currently plays for the club Inter Milan. He is one of the best goalkeepers of the current generation and also named Serie A Goalkeeper of the Year. The 35-year-old is getting with each season and captains the club.

The Frenchman has some Mesmerising Performance from the Premier League. Being one of the best Premier League goalkeepers after David De Gea, Lloris is a Heroic man and at times a Savior for Tottenhamhotspur.

Lloris is the First option for France when it comes to International Football. Representing France in the 2010 and 2014 World Cup Lloris was Definitely a reliable man with his exceptional receptive presence of mental abilities and the Eagerness to save the Goal.

Kepa Arrizabalaga became popular after Chelsea bought him for £72 million, makes him the most expensive goalkeeper in the world. The transfer also helped him to get selected for the Spain national side for the 2018 World Cup.

One of the best talent in the football world, the Thibaut Courtois represents the Belgium International team and is also a responsible Keeper for Real Madrid Football Club. Whereas Courtois was Picked by Zinedine Zidane and displayed his best talent after facing criticism in the first season. Besides this, at such a young age Courtois had capped the Belgium National team for the 2014 FIFA World Cup as well as the 2016 Euro Cup in France. Courtois is one of the Youngest talents and ranks 7th in Top 10 Best Goal Keepers in the World 2016.

The Spanish International has won many hearts at this young age and many fans believe De Gea is the best goalkeeper in the world. Moreover, De Gea serves the Premier League Giants Manchester United with his best Reflexes and Screaming saves. While Red Devils signed him in 2011 from Spanish Side Atletico Madrid for a British Transfer Record for £ 17.8 million for a Goal Keeper.

After Making his International Debut with Spain, David De Gea has displayed some outstanding performances with the Gloves Since then. Surely.

Replacing Adler from the 2010 World Cup Manuel Neuer.s talent was seen to the World. Thereafter, in 2011 Bayern Munich signed Neuer from Schalke after his heroic performance in Bundesliga. The Germany 2014 World Cup winner is the most Acrobatic athlete ever.

Neuer completely Redefines Goalkeeping by staying at the Half line of the Pitch bravely during the Counter-attacking moments. With Exceptional Reflexes and World Class saves Neuer is one of the best goalkeepers in the world currently.

Ederson is a Brazilian footballer who currently plays for Premier League club Manchester City. He is currently one of the world’s most expensive goalkeeper. He is very good with feet and no other keeper comes close to him when it comes to skill.

He started his career at São Paulo but later joined English club Manchester City for £35 million. He past two seasons, he kept 36 clean sheets and played an important role in the Man City success.

The German professional footballer currently plays as a goalkeeper for Spanish club Barcelona. Marc-Andre Ter Stegen moved to Barcelona from the Bundesliga’s club Borussia Mönchengladbach for €12 million in 2014. He is one of the most consistent goalkeepers at Barcelona and is the strongest contender for Germany’s first-choice keeper after Neuer.

The Brazilian goalkeeper currently playing for the Premier League club Liverpool. The Alison was named The Best FIFA Goalkeeper in 2019 after showing an amazing performance for the team. After losing 3-1 by Real Madrid in the 2018 Champions League, Liverpool eagerly wanted to a new goalkeeper their end their search with Alison, became the world’s most expensive football goalkeeper.

Alisson moved to Anfield for world record £67 million from Roma and from then he played an important role in Liverpool success.

There is no doubt that he is the best goalkeepers in the world right now. Oblak is a Slovenian professional footballer who currently plays for the Spanish club Atlético Madrid. The club bought the Oblak from Portuguese club Benfica for a fee of £14 million which turned out an excellent deal.

The Slovenian has impressed everyone with his goalkeeper skills such as positioning and shot-stopping ability. He holds a very good record in La Liga with just 166 appearances, he conceded only 100 goals and incredible 97 clean sheets.