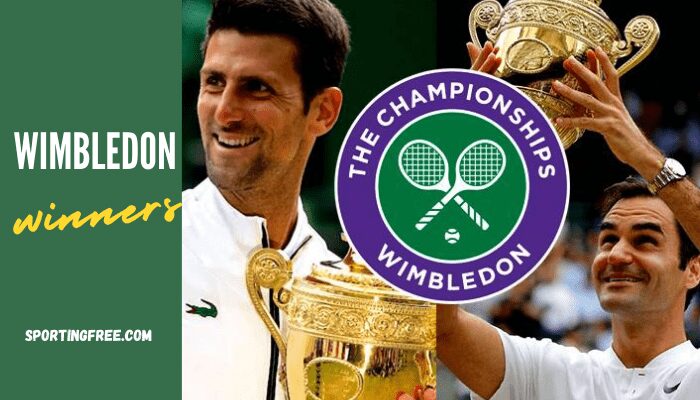 Wimbledon is the oldest and most prestigious tennis tournament in the world. Wimbledon is one of the four grand slams and the only tournament to be played on a grass surface. The first-ever Wimbledon championship was played in 1877, and the tournament has been in action ever since. The winners list of the Wimbledon men’s singles and women’s singles since it has been held.

The ongoing season of Wimbledon is the 134th edition of the Championship. The tournament has witnessed some of the greatest tennis stars battles out on the surface for the prestigious Wimbledon trophy. Let’s see all the Wimbledon winners and the most successful Men’s and women’s singles players.

Who is the defending champion of Wimbledon singles?

Who is the Most Successful Wimbledon Men’s Singles Player?

US Open 2021 Prize Money Distribution: How Much will Winners…

Roger Federer: Roger Federer is the most successful Wimbledon Men’s singles player. Federer has won 8 Wimbledon titles and is aiming for his 9th title in the current ongoing Championship. Federer won his first title in 2003 and went on to win consecutive championships in2004, 2005, 2006, 2007. The Swiss maestro last won the Wimbledon in 2017.

Novak Djokovic: Novak Djokovic has won 5 Wimbledon titles to date. Djokovic won his first Title in 2011 and has won the championship 4 more times in 2014, 2015, 2018, 2019. He was the current defending champion, having won the previous edition of Wimbledon in 2019. Djokovic will be eyeing his 6th title in the ongoing Wimbledon 2021.

Bjorn Borg: Bjorn Borg has won five Wimbledon titles. The Swede legend dominated tennis during the 70s and won all his championship titles consecutively from 1976 to 1980.

Who is the Most Successful Wimbledon Weomen’s Singles Player?

Martina Navratilova: Martina Navratilova is not just the most successful female player but the greatest player to ever play Wimbledon. Martina won 9 Wimbledon titles in her career, making her the greatest ever to play the tournament. Her record is yet to be broken by any player. She won her first championship in 1978 and went onto win consecutive titles from 1982 to 1987. Martina won her last Wimbledon title in 1990.

Steffi Graff: Steffi Graff is the joint-second most successful female Wimbledon player with 7 titles to her name. Graff win her first championship in 1988 and her last in 1995. She won back to back titles from 1991 to 1996.

Serena Williams: Serena Williams has won 7 Wimbledon titles. Williams won her first championship in 2002 and went on to win 6 more. Serena last won Wimbledon in 2017. She was eyeing her 8th trophy during the ongoing Wimbledon 2021, but her quest for another trophy was cut short as she pulled out of the tournament due to injury.

US Open 2021 Prize Money Distribution: How Much will Winners Earn?