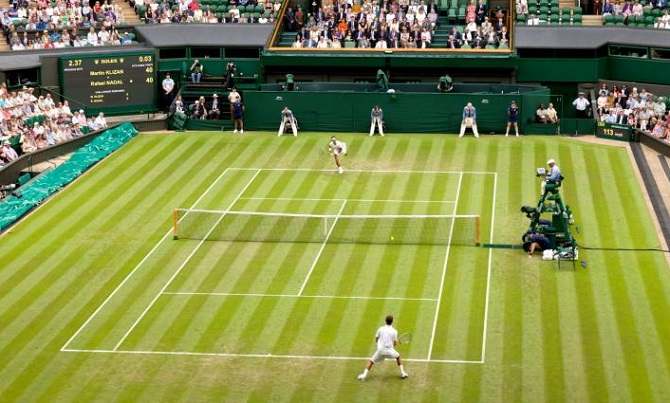 How to watch Wimbledon 2019 Live Streaming Online and on TV?

The biggest event in tennis Wimbledon 2019 has already begun from the 1st of July 2019 and is going to end on the 14th of July 2019. Since its inception in 1877, all the matches of this Championship are held at the All England Club in Wimbledon, London, United Kingdom. The defending singles champions Novak Djokovic and Angelique Kerber will look to defend their crowns. Here’s the complete guide to watch Wimbledon 2019 live streaming and telecast on TV and online. How to Watch Wimbledon 2019 Live Streaming

The channels on which tennis fans all around the world can watch Wimbledon 2019 are :

In the Caribbean : ESPN

In the United Kingdom: BBC

On television, all these channels will be broadcasting the matches live. You can Wimbledon 2019 live stream matches on WatchESPN.com and the WatchESPN app. But to use these you need to prove that you have a paid TV subscription to watch ESPN. The daily live coverage starts at 6 a.m. ET on ESPN.

If a person does not have access to the cable, they can watch the excerpts of the matches, exclusive behind-the-scenes and also interviews on the Wimbledon YouTube channel.

You can watch the matches on Hulu or YouTubeTv, but in both the places, you need to create an account to see the matches. On Hulu, plans start at $5.99/month and on YouTubeTV, the plan costs $49.99/month. If you do not want to spend money to watch a 14-day championship, then you can gladly see the matches using the free trial during the specified time period.

Watching Wimbledon live online on live streaming services helps one to watch the championship on-the-go. You just need to have a strong internet connection to enjoy the matches on your phones, tablets or PCs.