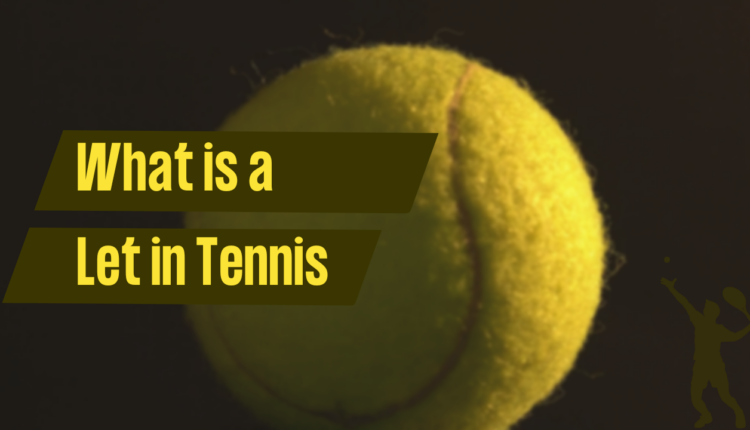 If you trying to find more info about tennis and want to get acquainted with the rules of this sport better, you’re in the right place.

We’re here to provide you with everything you need to know about tennis rules, including what a let in tennis is, what kind of a let exists, and more! Why waste time searching for info on your own when you can find out all you need to know from our article in actual minutes? Let’s start!

A Guide to Understanding a Tennis Let

To understand what a let is, we first must explain how tennis rules work, or more precisely, how points are scored in this game. The way you score a point in tennis is by hitting the ball with your racket and landing it over the net on the opponent’s side. The shot that starts a point is called a serve, also known as a service.

When a player hits the ball with his or her racket, it should land in the diagonally opposite serve box, and it should not be stopped by the net. If the ball touches the net on the way back, it is still considered good but only if it lands on the opposite side.

In case the ball touches the net on the serve but still manages to land in the proper service box—it’s considered a let. So, it is not a legal and by-the-book serve when it comes to the major tours, but it is not a fault either.

Since there is more than one instance when a let call in tennis can be made, we’re going to break them down so that you can have a better understanding of them and know exactly how they occur.

Tennis fans are likely already well acquainted with the most common let, which is a service let. However, there are other circumstances in which a let call can occur that you may not be aware of, so that is why we provide you with all the details you could need! Take a look at the list below to find out everything you need to know about tennis lets:

The service let is the most commonly known one and the most frequent one. It also occurs under various circumstances, including:

The first let situation is the most common one, and it is also the easiest to notice considering that the trajectory of the ball will change after it hits the net cord. In some other instances, there can be audible noises once the ball clips the net.

Typically, when it comes to recreational play, both players are allowed to call a let. What is important, though, is to call it as soon as possible. That way, you’ll be able to avoid any tension and arguments or point fingers at anyone.

The game is already tense and suspenseful, so minimizing the chances of any arguments or disagreements occurring is preferable. As soon as you hear or notice a let, call it.

On the other hand, when it comes to professional play, there is an umpire who will monitor the match and spot a let. If a service let happens on the first serve, the players will usually have to replay the entire point.

As opposed to that, if it occurs on the second serve, the player is allowed to receive only one additional serve. During any given point, any number of let calls can happen—there isn’t a limit. 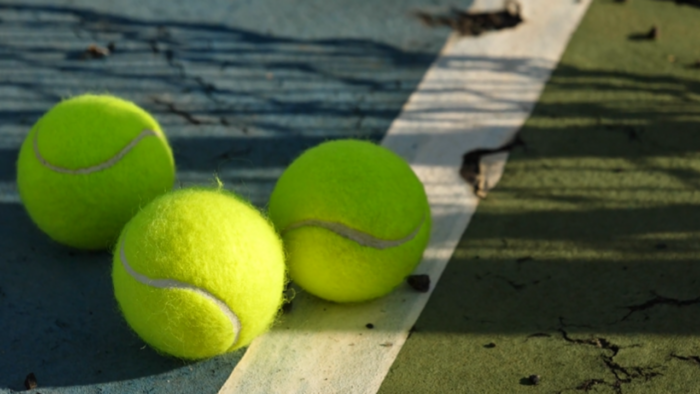 Although the most common let is the service let, there are some other instances when a let can be called as well. This typically happens when there’s interference or an obvious distraction during the play.

When it comes to recreational tennis, a let can be called in case a ball from a different or nearby court makes its way to your court midpoint. That’s when a player is allowed to call a let, and it’s advisable to do it as promptly as possible.

As for professional tennis, a let may be called if someone from the crowd, and especially someone who is within a player’s line of sight, stands up or makes a movement during a point. The umpire is allowed to call a let in such cases, considering that the audience should be still in their sits and not stand up if it’s not during a changeover.

If you’re wondering about the most memorable instances when a let was called, we got you covered. There were a few times when several lets were called in a row, and tennis fans around the world will remember it for a long time. It doesn’t happen that often, so when it does, it’s a very interesting and memorable event.

If you’re a fan of tennis, you probably know who Roger Federer is. Not only is he widely known as one of the best tennis players of all time and a part of the famous Big Three, but he is also known as the player who hit 3 service lets in a row back in 2016. This was during the quarter-final match at Wimbledon that year, in which he played against Marin Cilic.

Another time when several lets were hit in a row was in 2013. Serena Williams, one of the (some would argue the actual best) best female tennis players of all time, beat Federer when it comes to the number of let hits.

At the Miami Open that year, she managed to hit even 4 service lets in a row. This has become a record that no one has broken yet, and it goes to show how there is truly no limit when it comes to the number of lets that players can hit.