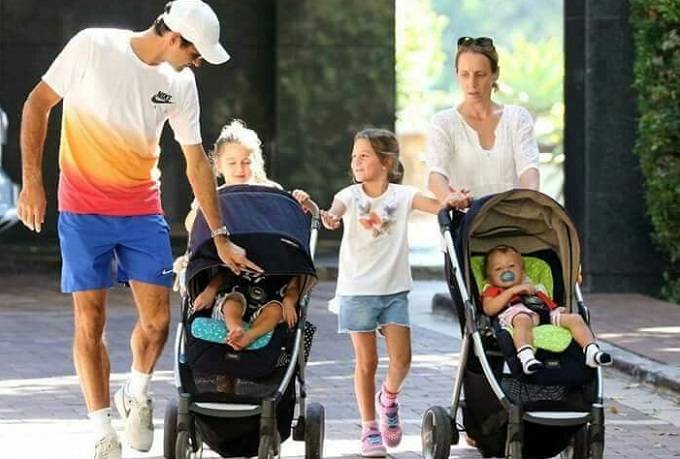 Who Are Roger Federer’s Kids? All We Know About Federer’s Twins

Federer is married to former Women’s Tennis Association player Miroslava Federer (née Vavrinec), whom he met while they were both competing for Switzerland in the 2000 Sydney Olympics. Usually known as Mirka Federer, she withdrew from the tour in 2002 suffering from a foot injury.

On 11 April 2009, they got married in a small gathering of close friends and family at Wenkenhof Villa in Riehen near Basel.

Who Are Roger Federer’s Kids?

Soon after their wedding Mirka and Roger Federer were blessed with twin girls, Myla and Charlene. The first pair of twins were born on 23rd July 2009.

Five years later on 6th May 2014, the couple were again blessed with twins, this time with a pair of boys. Leo and Lennart “Lenny” Federer are currently 7 years old. The”twin stuff” pleased the community of tennis. The fans joked that one day the children of Federer may win their own doubles.

While it was spoken in jest, it might not have been that long. The children of Roger Federer are still young, but their enthusiasm for tennis is shared by their parents.

Having Twins are rare, as just 33 of 1000 births are twin. But TWO’s twins sets? This is a wonder. This is a miracle. Of course, if it runs in the family that Roger Federer seems to have. His elder sister Diana also had twins additionally Federer’s grandmother was also a twin.

Roger is a good dad, but he once mentioned that in the early days he mixed up his kids. Roger and Mirka have two sets of twins and it’s much more confusing.