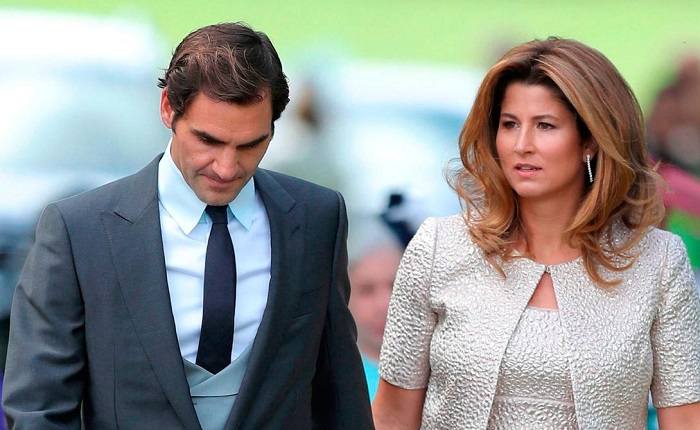 Who is Roger Federer Wife, Mirka? All We Know About the Couple

Roger Federer was born on 8 August 1981 and has the record of most Grand Slam championships won in the single’s division along with Rafal Nadal. Roger is considered to be the god of grass, as he has the most Wimbledon title wins. Federer has been happily married to his wife Mirka for 12 years. His wife Mirka has a great influence on the tennis legend Roger Federer career and supported him in every situation.

The former tennis player Mirka Federer, née Vavrinec, reached a career-high level of 76 in 2001, right after she met Roger. She was born in Slovakia, but when she was two years old, her family immigrated to Switzerland.

Her dad brought her to tennis in Germany when she was nine and she met Martina Navratilova who believed that she looked sporty and was could try playing tennis. Navratilova then mailed her a racket and organised her tennis lesson for the first time.

Mirka Federer was a top 100 tennis player, but, after not recovering from an injured foot in 2002 she retired. Mirka has been the PR Manager of Federer since retirement and dealt with a lot of its media matters.

At the 2000 Sydney Olympics, young lovebirds truly met. It is shocking that, according to Italian magazine Gioia, Mirka was involved in a wealthy Arab, but it wasn’t long until she began to date the former world no.1. on the last day of the Sydney Olympics 2000, Federer disclosed the couple shared their first kiss.

In April 2009, the tennis sweethearts married at the Wenenhof Villa in Federer’s Basel homeland. The couple got married in a small gathering of close friends and family. Federer exchanged 20 carats engagement ring with Mirka that worth about half a million Swiss francs.

A year after that Mirka and Federer became parents to their first child- twins, Myla Rose and Charlene Riva. In 2014, the couple had another set of twin, boys, Leo and Lennard.