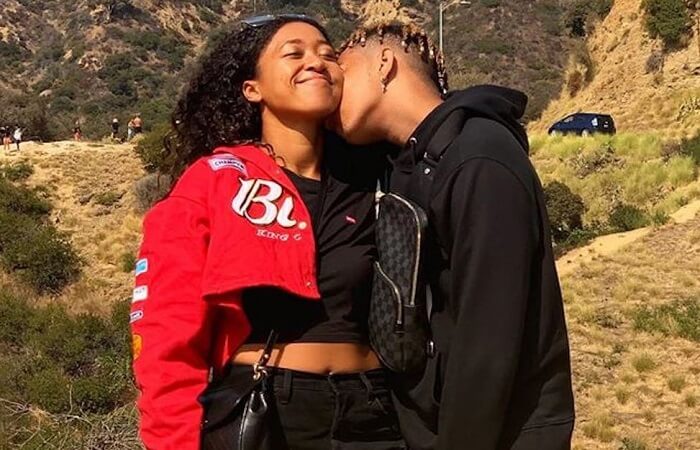 What a year Naomi is having after winning Australia open in February against Jennifer Brady. She had a great start at the French Open. After her first-round victory, Osaka missed a press conference and was fined for it. She later withdrew from the tournament, keeping her mental health ahead of the game.

She later posted about her withdrawal from French Open on Instagram. Where her boyfriend Cordae commented, “No need to apologise to ANYBODY!” and supported the tennis star girlfriend. Such a supportive Naomi Osaka’s boyfriend Cordae is! This makes us want to know more about him.

Cordae Amari Dunston is from Suitland, Maryland, born on August 26, 1997, and he is an American rapper, singer, and songwriter. Earlier, Cordae work at TGI Fridays in Baltimore; however, he stated in an interview that he didn’t enjoy it and believed he was “meant to achieve something greater.”

Cordae came to LA for his profession after graduation. As a teenager, he published mixtapes named “Entendre.” He worked as a pastime till 2018 and then became more and more interested.

He began a professional music career and joined the YBN collective in 2018 after several years of songwriting and raping as a hobby. The organisation has dissolved subsequently, though.

READ: Who is Roger Federer Wife, Mirka? All We Know About the Couple

How did Naomi meet her BF Cordae?

Cordae disclosed to the Hot 97’s Ebro in the morning that in a Los Angeles Clippers game, he met Naomi. He mentioned that he didn’t know Naomi is a tennis player as he was not a tennis fan.

The couple starting dating after few months when Naomi won the Us Open in 2018. He further mentioned that they decided to keep the relationship private from the media until recently.

After the US Open last year, Naomi put up an appreciation post for Cordae. Naomi disclosed that he is the most supportive boyfriend. Naomi said she FaceTimed Cordae and told him she felt “sad and lonely” while quarantining for the US Open.

“Soon after that conversation, later she found out he took the next flight and quarantined himself in the hotel to visit me and support me for a few days,” she disclosed.

Naomi Osaka and her boyfriend, Cordae surely give us couple goals.