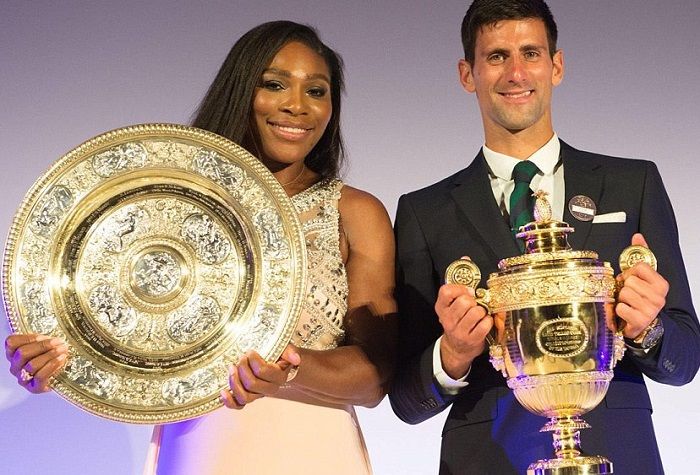 Most Successful Players at Wimbledon: Who Has The Most Wimbledon Titles?

The 2021 Wimbledon is just a few weeks away, and the world’s top tennis players have geared up for the prestigious trophy. But who are the most successful players at Wimbledon? Let find out.

Wimbledon is one of the four Grand slams in tennis and the only tournament which is played on grass. Wimbledon 2021 is back after a one year break, called due to the Covid-19 pandemic. Simona Halep is defending ladies champion while Novak Djokovic is the gentlemen’s defending champion. As we approach closer to Wimbledon 2021, let’s have a look at the most successful players in Wimbledon history.

Most Successful Players at Wimbledon

Who has won Wimbledon the most?

Martina Navratilova is the most successful player in the history of Wimbledon. The Czech tennis star has won 9 Wimbledon titles, the most by any player. She dominated the tournament in the 1980s when she won 6 consecutive titles from 1982 to 1987. Martina is a legend of tennis and indeed the greatest ever Wimbledon player.

Roger Federer is the second most successful Wimbledon player with 8 titles to his name. Federer has the most Wimbledon titles. The Swiss maestro has won 5 consecutive titles from 2003-2007. Federer will be eyeing for his 9th title n the upcoming Wimbledon, which might be his last.

READ: Who has the most tennis Grand Slams?

Pete Sampras dominated Wimbledon in the 1990s. The American has won 7 Wimbledon titles, all of which came between 1993-2000.

Steffi Graff has won 7 Wimbledon championships, including three consecutive titles from 1991-1993. She was the most successful female player during the late 1980s and 1990s.

Serena Williams is the most successful current active female tennis player at Wimbledon. Serena has won 7 Wimbledon titles, also she is the greatest tennis player of all time with most Grand Slams. She won her first title in 2002, while her most recent title came in 2016. Williams will be hoping to add another trophy to her marvellous record during the upcoming Wimbledon 2021.

Novak Djokovic has won 5 Wimbledon titles in his career till now. The current world number 1 will be looking for Wimbledon glory after winning the Roland Garros 2021.