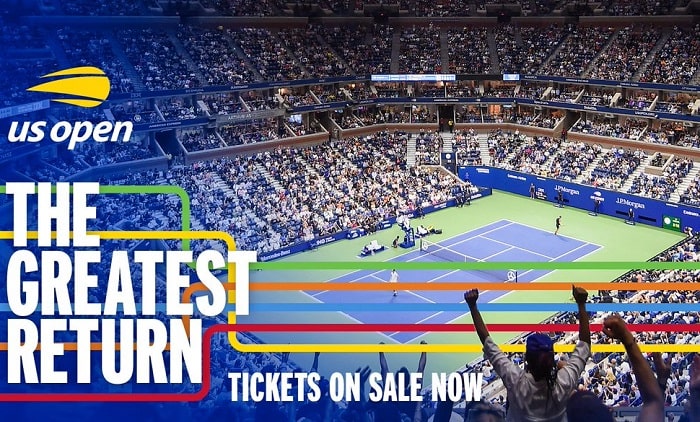 U.S. Open is America’s biggest tennis tournament and one of the four major Grand Slams. The 2023 US Open will be the 141st edition of the tournament, scheduled to be played from August 30 to September 12, 2023. The tickets for US Open 2023 are now on sale. Here’s a guide to buying the US Open tennis tickets 2023.

US Open is back for another edition of grand slam tennis. U.S.Open 2023 will take place from 30 Aug to 12 September 2023. The Tournament will welcome back fans to a full stadium capacity.

US Open 2023 tickets’ sales are now open. Fans can buy tickets from the official website of US Open- USOpen.org. Tickets will also be available at the USTA Billie Jean King National Tennis Center box office in New York City. Fans can also get tickets from Ticketmaster outlets. The majority of tickets are sold on a first-come, first-serve basis.

The Grounds Pass and the Grounds admission tickets are available during the first week of the tournament. The ground pass provides the fans with a chance to get up close to the action with easier access to their favourite players.

USTA Billie Jean King National Tennis Center will host all the matches of the US Open 2023.

Arthur Ashe Stadium, Louis Armstrong Stadium and Grandstand are the three biggest and most famous Billie Jean King stadium courts. These courts feature top-seeded and highest-ranked players who feature in the US Open. The only way to get a seat at these courts is by prior reservation.

Fans can also choose the hospitality and travel packages for the complete experience.