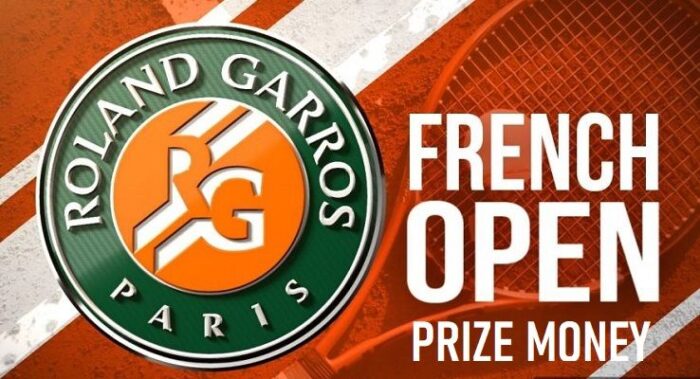 French Open Prize Money 2022: How Much Will Roland-Garros Winners Earn?

The clay-court season is all set to kick off with the second grand slam of the year, French Open 2022. Last year the tournament was postponed due to a coronavirus pandemic but this year the Roland-Garros competition will be played on the scheduled dates, from May 17 to June 6. The players will witness a significant decrease in the 2022 French Open prize money because of COVID-19.

The prize money decreased from the main pool will be distributed among early exit players to compensate for the loss they will face because of this decision. Like some of the other tennis tournaments, French Open is known for giving equal prize money to both men’s and women’s.

The total prize money for the Roland-Garros 2022 season has been confirmed by the French Tennis Federation, the purse is €38,000,000 ($44,711,560) for the men’s and women’s tournaments. The purse is the same as it was last year which had witnessed a decrease of 10.9 per cent due to pandemic.

The major impact of the decreased prize money was slated to hit was qualifying round losers but the French Federation redistributed the money to lower the impact. The qualifying round 1, round 2 and round 3 looser will earn €10,000, €16,000 and €25,000 respectively.