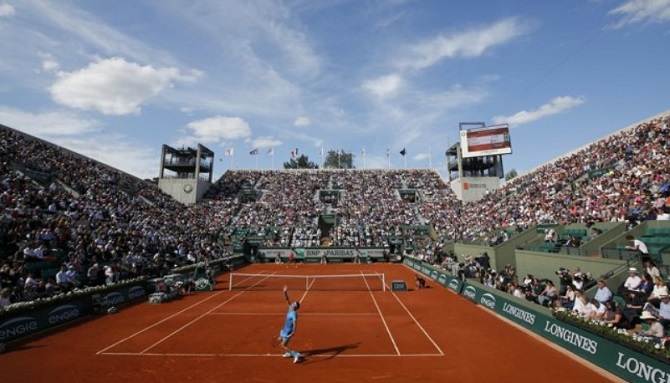 Hotstar to have French Open 2019 live stream and Star Sports Network to broadcast in India while Eurosport in Europe and the UK. The second grand slam of the year, French Open 2019 is scheduled to get underway from 26 May to 9 June featuring singles, doubles and mixed doubles play Junior and wheelchair tournament. The competition will be broadcasted live in more than 200 countries across the world. Many big sports network has bought the tv rights to the 2019 Roland Garros tennis tournament.

ITV 1 and ITV2 have the broadcasting rights of the French Open 2019 to have the live coverage and highlights. British Eurosport tv channel – Eurosport 1 & 2 will show live coverage of the matches in Europe. The tournament to be broadcast on Fox Sports on tv and live streaming is on FoxSports.com.au in Australia. France National Television channel: France 1, 2 and 3 will live telecast the French Open 2019 tennis championship from all courts which will be distributed among other broadcasters worldwide.  Below is the complete list of French Open 2019 TV channels country wise.

NBCSN: NBC is set to take over morning session matches in the USA as ESPN dropped the tv rights in 2016.

One of the most popular tennis tournaments, the French Open will feature the world’s best players. Nadal has played quality tennis which makes him favourite for the French Open 2019 once again.

Catch French open live streaming coverage on your mobile, tablet, PC or laptops through the below links.