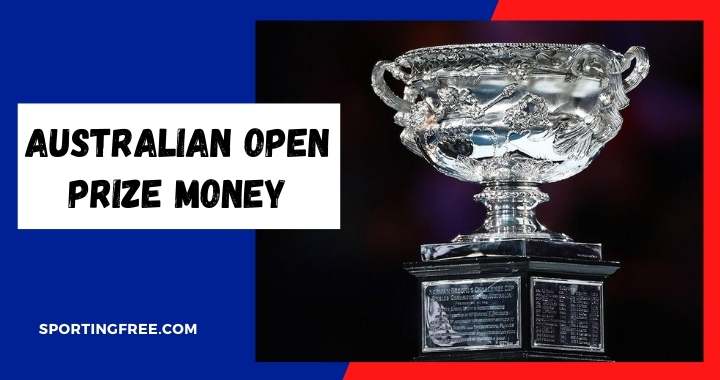 Defending champion Novak Djokovic would look to regain the title while last year’s Women’s Single winner Sofia Kenin will aim for another Grand Slam trophy at the event.

The Australian Open total prize money has been increased to a record of A$80,000,000.

The semifinalists’ players are getting around $720,200 and the quarterfinalists to receive $363,562 USD.

In 2022, Australian Open witness the rise of 13.6% in the prize money. The winner’s payouts also increase while the players losing in the qualifying round has seen the increment of up to 33 per cent.

Due to Covid-19, the United States Tennis Association (USTA) recently reduced the US Open prize money for 2022 season to $53.4 million from the $57 million.

So this is the complete breakdown of Australian Open 2022 prize money. You may little variation in the amount of money from Australian dollars to USD and GBP due to currency exchange rate.