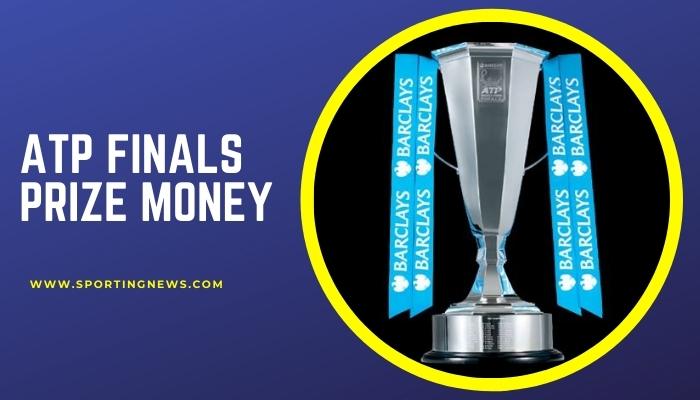 The 2022 ATP Finals sponsored by Nitto is scheduled to be held from 15 to 22 November 2022. The ATP Finals is considered the second largest annual men’s tennis tournament after the four Grand Slam tournaments. ATP Finals is a week-long affair, held at the end of every season between the top-ranked singles and doubles teams on the 2022 ATP Tour. The ATP finals 2022 prize money has witnessed a significant drop of 36.7% compared to last year.

Every November, the tournament takes place on hard indoor courts at the O2 Arena in London, United Kingdom. But it was announced earlier this year that the venue for ATP Finals 2022 would be shifted to Turin, Italy the next year. The format for Nitto ATP Finals is a round-robin between the ten qualified players or doubles.

It was announced this year the Nitto ATP Finals would be conducted behind closed doors without any spectators as per UK Government’s guidelines for the ongoing COVID19 pandemic. Let’s see what is the prize money for the winners of the ATP finals 2022?

The prize money breakdown for Nitto ATP Finals 2022 hasn’t been revealed yet as the qualifications process is still going on. Current ATP No.1 and No.2 ranked Novak Djokovic and Rafael Nadal was the first to qualify for the ATP Finals. The total prize money has been reduced to $5,700,000 which is 36.67% less compared to 2019.

They were followed by US Open 2022 men’s singles winner Dominic Thiem. Roger Federer has pulled out of the tournament after recent knee surgery and is currently under rehabilitation.

Defending Champion Stefanos Tsitsipas along with Russian Daniel Medvedev and the German Alexander Zverev is the latest to qualify for the much-awaited tournament.

Note: This is the speculated prize money for the 2022 ATP Finals. It will be updated as soon as the official prize money by ATP is revealed.